You are at:Home»Current in Geist»Stored feelings: Local author writes book on portal to ‘your inner world’ 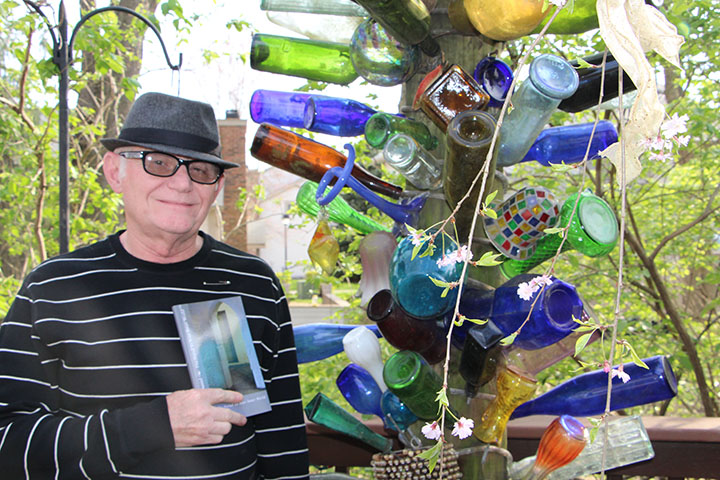 Local author Rich McDaniels aims to help others with his book. (Photo by Amy Pauszek)

When was the last time you became angry, fearful or anxious? When was the very first time?

Geist resident, Richard McDaniel said over the past 40 years, he has discovered a way to help people eliminate extreme, disruptive emotions through connecting current emotions with their originating incident. Through his process, McDaniel said he can help resolve deep-rooted issues, that would typically take a dozen sessions with a therapist, in an hour or less. It doesn’t consist of a magic pill or hypnosis, it simply consists of connecting with one’s inner-self and reprocessing what McDaniel calls “stored feelings.”

McDaniel has written a self-help and self-awareness book to help guide readers through the process of Stored Feeling Reintegration, a technique developed by McDaniel. The technique helps people to connect their current feelings of anxiety, anger or fear with their original source and change their emotional reaction to conscious and unconscious triggers.

McDaniel’s book, “The Portal to Your Inner World: It’s not what you think, It’s what you feel” outlines his discovery of the SFR technique, the science of emotional responses, how to identify stored feelings, the influence of stored feelings, SFR success stories and an outline of how to connect with one’s own inner portal. The book is a journey to help readers discover and recognize their own stored feelings.

“If you can recognize within yourself that there are times that you have feelings that get evoked that carry far more energy than the situation warrants, then I’d say you and I can have an interesting conversation,” McDaniel said.

McDaniel is very open about the fact that he has no formal training in psychology or counseling. McDaniel’s professional background includes co-founding his own information and telecommunication technology consulting company and work in the science, technology and engineering fields.

McDaniel said he was able to utilize his professional experience to better understand what’s going on inside the human body.

“I understand networking, electronic communications. I have a pretty good understanding of how signals get from Point A to Point B,” McDaniel said.

In his book, McDaniel helps readers learn how to connect with their inner portal and discover how emotional signals from the past (Point A) get evoked years, or decades, later in the present (Point B).

“What happened back then, is going to have an impact on how we react today,” McDaniel said.

McDaniel said his process has helped him in everything from his love life to his golf game. McDaniel has used the technique to help several people along the way, including Doug Sprenkle, a retired professor of Marriage and Family Therapy/Human Development and Family Studies at Purdue University, a licensed marriage and family therapist and a licensed clinical psychologist.

Sprenkel has been participating in successful talk-therapy sessions with McDaniel for several years, beginning in the late 1970s, and re-starting in 2014. 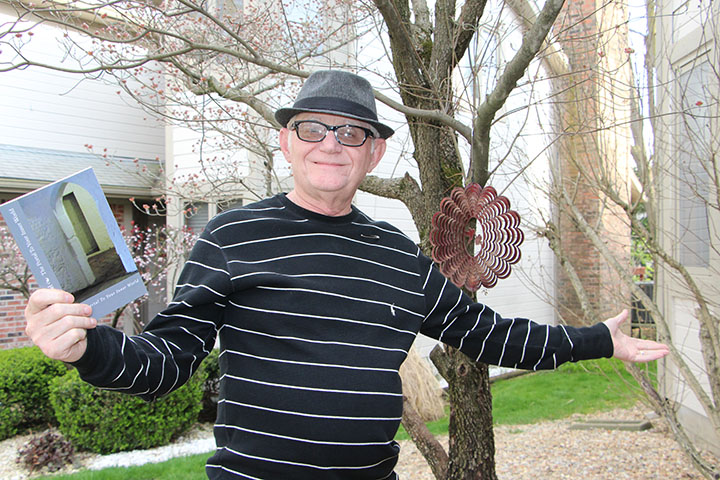 “I think these ideas are consistent with a lot of things we have learned about the brain in recent decades, so it makes some logical sense to me. Based upon my own experience, I think it’s been very helpful. I don’t find it in any way inconsistent with anything that I’ve learned as a psychologist,” Sprenkel said. “It feels to me like there’s a very, very good chance that he’s onto something.”

In the book, McDaniel summarizes 40 years worth of discovery in 100 pages that took 10 years to write.

“Let’s start where we’re at here, the end result, and see where that take us back to.” McDaniel said. “You’d be surprised.”

The book is available for purchase on Amazon for $12.95. For information or to purchase “The Portal to Your Inner World: It’s not what you think, It’s what you feel,” visit storedfeelings.com.

What is a Stored Feeling? 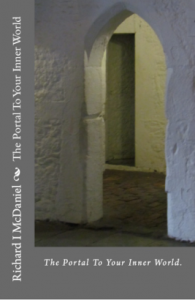 A Stored Feeling is a natural emotional response that has been augmented to play an enhanced role, primarily that of anticipating a threat. A Stored Feeling, when evoked, brings excessive energies creating extreme feelings and thoughts. These feelings and energies remain in our body significantly longer than that which a natural emotional response lasts. It was created and retained as a result of a specific outside event. When a Stored Feeling is evoked, a portal is opened up that can lead us back to its origin.