They hope they never need to apply it, but members of the Carmel police and fire departments spent a week in early June training for active shooter scenarios. 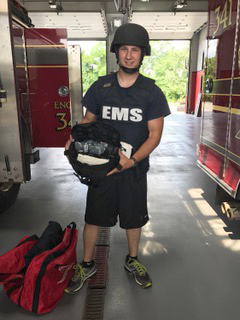 The exercises allowed first responders to practice within a school system using mock-training scenarios. They also incorporated tabletops, which are fixed scenarios where responses to various situations are described.

“What I saw during the week as we threw officers into the command position was that they didn’t have any issues with it because they’d already done it many times,” Jellison said.

The week of training also helped implement new techniques and precautions. Firefighters will now carry bulletproof vests so they can respond more quickly to certain dangerous situations with police officers instead of waiting for the area to be deemed safe. They also will carry enhanced medical packs, including bandages to help stop bleeding from traumatic injuries.