When Deborah Daily and her husband, Ken, started Buckaroo Marketing New Media out of their home in 1999, they strived to create a business customers could rely on. Daily, president of Buckaroo Marketing, said they wanted to get away from working in corporate America. 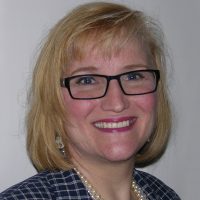 “We didn’t care for marching to the beat of someone else’s drum,” she said. “We thought a lot of things could be done better, and we thought if we created an agency, we would be able to take care of customers and clients better than what we were seeing.”

Buckaroo Marketing New Media is Fishers-based and focuses on marketing business-to-business organizations from across the nation. It markets companies through platforms such as social media, websites, videos and logos. Western States Machine Company approached the firm about doing something for its 100th anniversary. The granddaughter of the founder of Western States, a company that builds centrifuges, came to Buckaroo Marketing specifically for help in creating a book commemorating its 100-year history.

“It was a project that they should have started about a year earlier, and so as time was ticking they were like, ‘Can we even do this?’” Daily said. “And I just said, ‘Absolutely. There’s no if, we are going to do it because you can’t miss this moment in time. You can’t ever get it back.’”

Starting in January 2016, Daily and her team began the process of going through approximately 6,000 photos and historical documents, interviewing people within the company and reaching out to people around the world who were submitting pieces for the book.

“It was really marvelous because they had taken the time to save so much of this (the documents), and there was so much history steeped in all of it,” she said. “Reading all of the letters and correspondence, when you do that you start to get a real feel for the company and their values and the personalities.”

When the 300-plus page book was finished in March 2017, it was distributed as a gift to every employee and is used as outreach for customers.

“There were times when I couldn’t believe that I was getting paid to do what I was doing,” Daily said. “It was so fun and so fascinating to learn and dig into every aspect of this.”