You are at:Home»Current in Westfield»Leaders, Willow Creek neighbors meet to discuss fate of Ind. 32 corridor 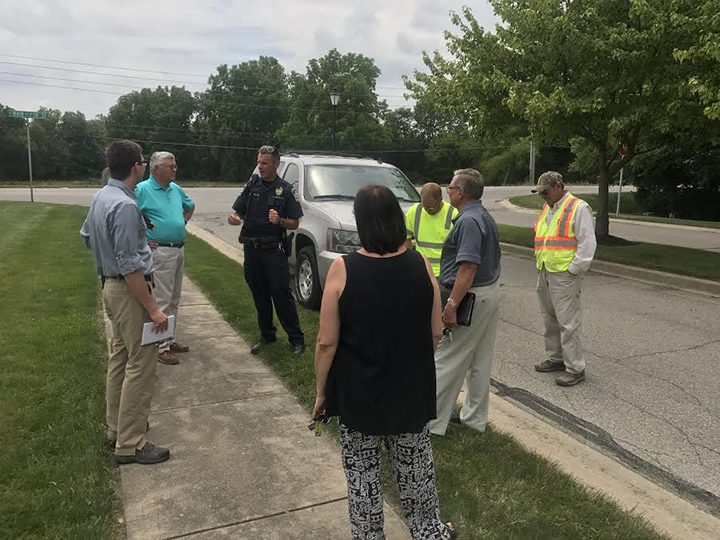 Willow Creek is the only neighborhood in the City of Westfield that has only one entrance and exit on a state road. Indiana Dept. of Transportation officials, local police, city leaders and residents met July 5 to discuss what the future of Ind. 32 might look like. There has been speculation about widening the road from a two to four lanes, but the process might be at least five years out or more.

“We still must complete a traffic study while spending as little of taxpayers’  money as we can,” said Christopher Myers, communications director for INDOT’s Greenfield district. “(The Ind. 32) corridor goes east to west through the entire state, and it will take significant time to complete the study.”

Residents of Willow Creek raised doubts about expanding Ind. 32. In spite of increased traffic at the front of the neighborhood, accidents have actually decreased,  according to state records.

INDOT said work for the project would be based on whether monetary funds are available. After the U.S. 31 Westfield extension to I-465, the state said it wants to hear community input before any major changes take effect. Since Ind. 32 is controlled by the state, Westfield has virtually no say about what it might look like in the future.

“(INDOT) has been asked for the improvements of the road, but I cannot tell you what we can and cannot do at this point. (Willow Creek) is a high-quality comparative to other neighborhoods that also share a border with major thoroughfares across the state,” Myers said.

A roundabout could potentially be coming to East Street outside of downtown Westfield. The project also could be at least five years out but nothing is finalized.

“We are working for the best with Westfield for the long term,” Myers said. “But if we can do anything in the short term, we will for sure look to do it.”