The Carmel Clay Schools board of trustees voted July 24 to ratify a 2016-17 contract with the Carmel Teachers’ Association. The contract includes a 1.5 percent pay increase that is effective retroactively.

Teachers worked the 2016-2017 school year without a contract as CTA and the previous union, the Carmel Clay Education Association, battled over who would represent CCS educators. 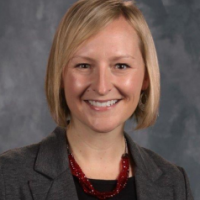 The Indiana Education Employment Relations Board ruled in August 2016 that bargaining couldn’t begin until teachers voted on whether or not to decertify CCEA as its union, but the election was delayed after CCEA filed an unfair labor complaint against CCS that same month. IEERB cleared CCS of any wrongdoing in a ruling issued in March. In May, CCS teachers voted to decertify CCEA and replace it with CTA.

Bargaining for the 2017-18 school year will begin in September.

The school board also: