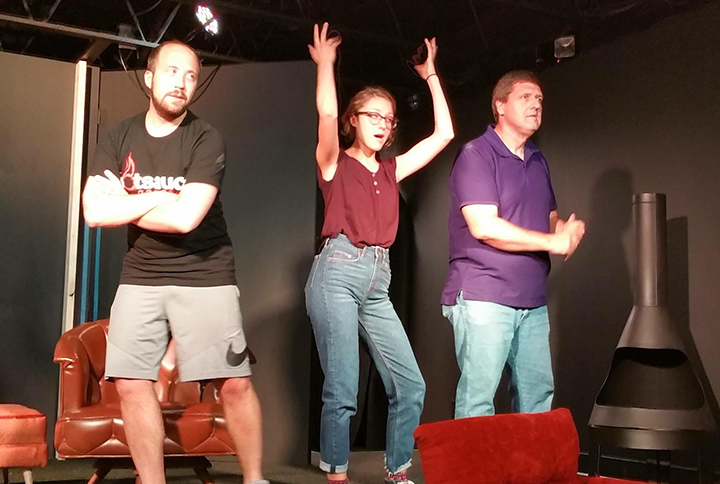 Will Wood is a long-time Cole Porter admirer.

That’s why he wanted to bring Porter’s “You Never Know” to the stage.

“It’s very lesser-known,” Wood said. “I’ve only talked to two people in the theater circuit who have ever heard of it before. I know two people who have written papers in college on Cole Porter and they had never heard of it. It’s a cute show.”

Wood is the founding artistic director of The Cat Theatre, which moved into the Carmel spot formerly occupied by The Warehouse earlier this year. The Cat also is an acronym for Wood’s Carmel Apprentice Theatre.

“You Never Know” will be performed at The Cat, 254 1st Ave. SW, from Aug. 3 to 13. There will be eight performances of the two-hour musical.

The play, which ran for 78 performances on Broadway in 1938, features two of Porter’s most famous songs, “Let’s Misbehave” and “At Long Last Love.”

The musical returned to off-Broadway in 1973 and ran for just eight performances.

The six-person show features a husband and wife in Vince and Perry Accetturo, from Carmel, and sisters Brooke and Brittany Bucher, from Cicero. The other performers are Indianapolis residents Darrin Gowan and Leroy Delph.

“I’ve done these old shows and I’m always surprised the people that want to come out just out of curiosity,” Wood said. “A lot of directors want to do the famous old shows, which are always good, or the current hit shows, which are usually good.”

Wood joked that maybe he’s afraid of being compared to the big wigs.

“Maybe I want to do something nobody knows and it will be the best version of that show they’ve ever seen,” Wood said with a laugh.