You are at:Home»Current in Fishers»Rotary Club’s Fishers on Tap to support Ascent 121 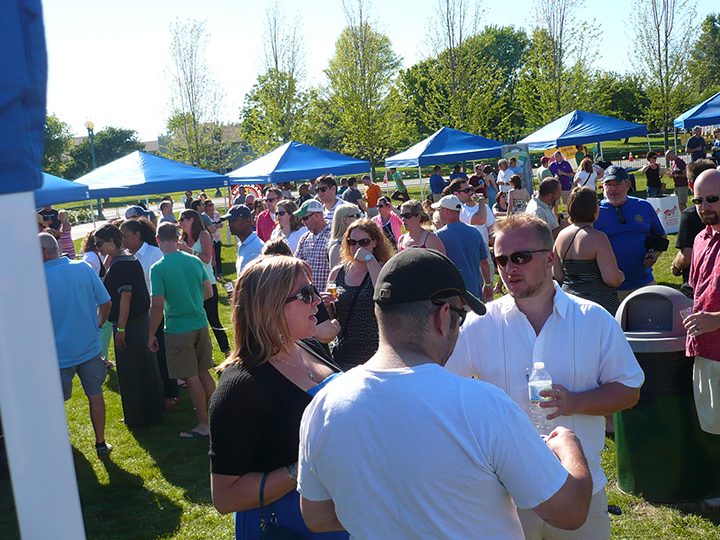 Fishers Rotary Club was seeking a primary local beneficiary for its Fishers on Tap fundraising events.

“We’ve been talking about choosing a local charity that are doing things that are important to us,” said Bill Jerrow, a past Rotary Club president who has been the Fishers on Tap chairman since its inception in 2012.

Thus, the Fishers Rotary Club will use its Fishers on Tap events to partner with Ascent 121 to combat human trafficking in Hamilton County and throughout central Indiana. Fishers on Tap is set from 6 to 9 p.m. Aug. 18. The craft beer tasting is at the City of Fishers greenway near City Hall, 1 Municipal Dr. There will be food trucks.

“As part of this new partnership, a portion of the funds raised through our Fishers on Tap event in each of the next three years will be donated to Ascent 121 to support the important work they do in our community,” Fishers Rotary Club president Mekey McAllen said.

McAllen said the remaining funds will be given back to the community through donations to local charities and scholarships to high school students at Hamilton Southeastern and Fishers.

“To have a partnership with an organization like the Rotary is a beautiful thing for us,” McGuire said. “From a financial perspective, it allows us to extend the services we provide for the kids and the families we serve. These kids have endured extreme trauma. Additional funds allow us to meet their unique needs and continued therapy work for them as long as they need it. It also allows us to raise awareness in the community. Having a group like the Rotary Club taking an interest in this is really important because they have the attention of the community.”

Ascent 121 will have a tent at the event.

Jerrow said more than $85,000 has been raised through past Fishers on Tap events.

Following Fishers on Tap, the free concert series will start at the nearby amphitheater, 6 Municipal Dr.

Jerrow said 10 to 12 breweries will be represented.

A general admission ticket is $30, a wine ticket is $20 and a designated driver ticket is $10. For more, visit fishersontap.com.