You are at:Home»Current in Carmel»Column: Moses and the Wilderness Rock 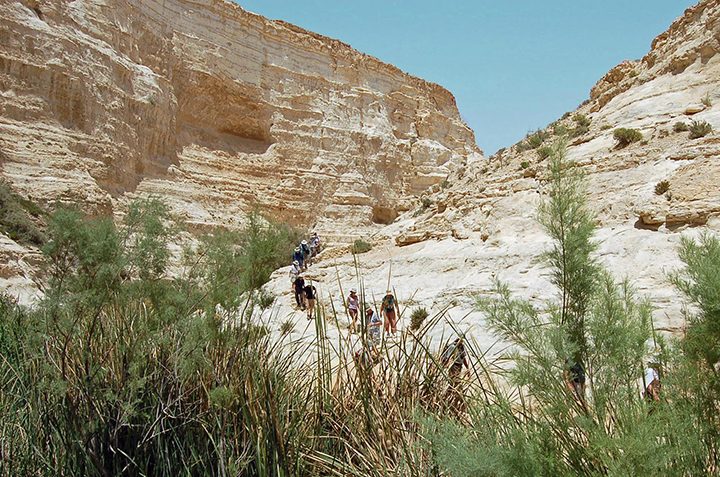 The southern half of modern Israel is an arid area known today as the Negev. The Negev includes the Wilderness of Zin, a desolate and rocky region that sheds light on the well-known story of Moses obtaining water from a rock.

According to the Bible, the Wilderness of Zin formed the southern boundary of the land that God had promised to the Israelites as Moses led them out of Egypt. Before God allowed the Israelites to enter their Promised Land, they spent about 40 years wandering in the wilderness, much of the time near an area called Kadesh or Kadesh Barnea. Although Josephus, the first century Jewish historian, believed Kadesh Barnea was located in Petra, most scholars today believe Kadesh Barnea was on the southern end of the Wilderness of Zin, near the current border between Israel and Egypt.

The Book of Numbers says that while the Israelites were at Kadesh Barnea, God commanded Moses to speak to a rock to obtain water for his parched followers and their animals. When Moses struck the rock twice with his staff and water poured out, God told Moses that he would never enter the Promised Land, and the Israelites continued their wandering until Moses died. A visit to the Negev provides an explanation for God’s punishment. The Wilderness of Zin includes steep walls comprising porous rock capable of absorbing water, which remains sealed in the rock by a limestone crust that forms over time. Seepage from cracks in the crust allows plants to grow in the rocky area. Bedouins who have lived in the Wilderness of Zin have long known that if they strike the rock and shatter the crust, trapped water will flow. Moses’ sin was apparently using a desert trick when God had asked him to accept a miracle.