You are at:Home»Current in Fishers»Young rock bands sought for contest 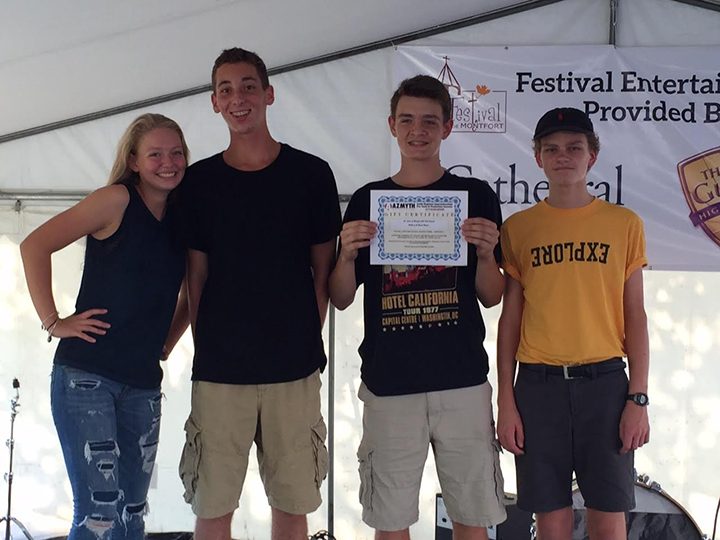 Pat Kniola has played in bands since she was in college, so she knows the importance of stage experiences.

So when St. Louis de Montfort Fall Festival organizers asked her to coordinate the evening band during the festival, she wondered is the stage could be used in the afternoon.

“So it hatched as an idea to use the stage to let the kids get up there and bring some more people to the festival,” said Kniola, a member of The Fabulous Imports.

This fall will be the eighth annual Battle of the Bands at the St. Louis de Montfort Fall Festival, 11441 Hague Rd., Fishers. The competition is set from 2 to 5 p.m. Sept. 30.

As a contest sponsor, Azmyth Studios, an Indianapolis company, is offering a recording package for the grand prizewinner.

“That’s a blessing to have someone donate a nice prize that all the kids want to compete for,” Kniola said.  “We have judges who are local musicians who have played in bands so they are well-versed in what it takes.”

Kniola said the bands will gain experience playing as well as advice from other musicians.

“They might be quite talented and able to compete,” Kniola said.

The bands will likely perform 10 to 15 minutes of original material or covers.

“Rick Hughes deserves thanks for supplying a sound system that all the bands can use,” Kniola said. “He’s been an angel helping with the contest. John DeLuca over the years has very helpful to me in finding and contacting bands for our contest since Ben and Ari’s had teen groups playing there every other weekend.” DeLuca was the general manager of Ben and Ari’s in Fishers, which closed earlier this year.

Kniola and John Dick will perform as Johnny Caribe and the Island Girl from 6 to 8 p.m. Sept. 30.

Any bands interested in competing should email Kniola at pat@kniolas.com.