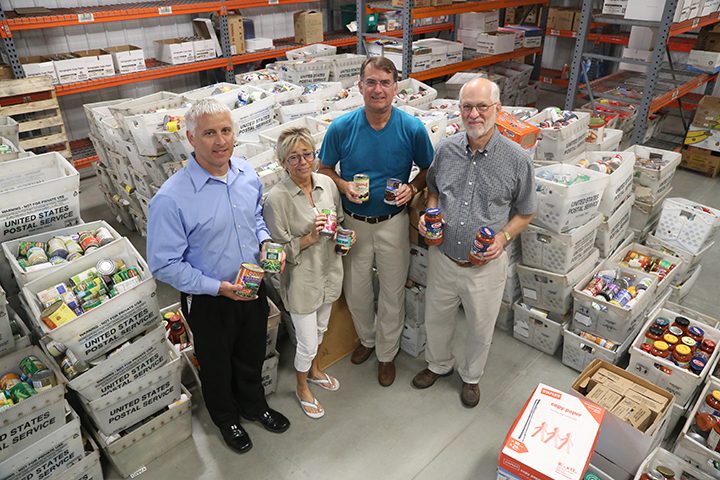 A concept to expand the Open Doors facility began to take shape more than two years ago and is finally coming to fruition. The food pantry organization was required to vacate the old fire station it occupied for 23 years due to Grand Junction Plaza development.

On Aug. 12, the public will see the pantry’s new site and warehouse at 19360 Tomlinson Rd. The new facility encompasses 5,000 square feet, twice the size of its previous location. Open Doors celebrates 27 years of operation this summer. 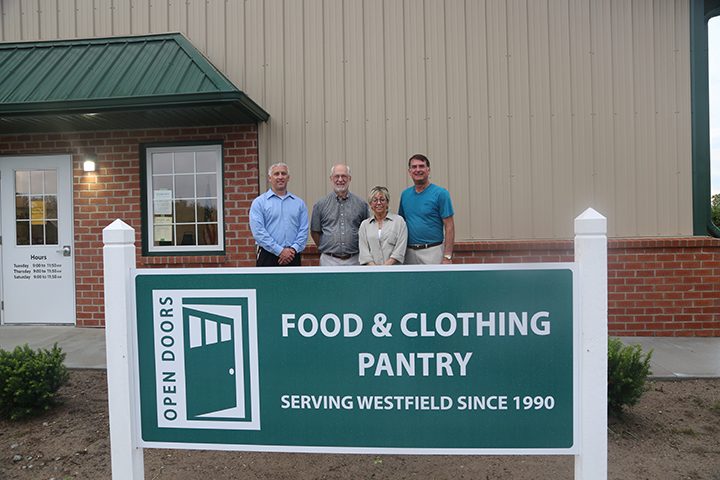 Board treasurer Jerry Rosenberger said the space is much more efficient, and flooding won’t occur as often. At the previous building, there was never enough space to store all the food.

“We now have space to store products during the year,” Rosenberger said. “Before, things were stored every which way – at Christ United Methodist Church, in people’s garages. We just didn’t have enough room for anything.”

Now, the facility has enough room for the food haul from the yearly U.S. Postal Service food drive, which reaped 29,000 pounds of food for Open Doors. The postal service food drive is Open Doors’ largest food drive each year, but it also benefits from local Boy and Girl Scout troops, schools and churches. It also receives food from Gleaners Food Bank and the Midwest Food Bank. Open Doors gets much of its frozen meat from Gleaners, which it became a member of in April 2016. In addition to food, the pantry also provides shoes, clothing, bedding, children’s books, hygiene products, accessories and basic health care products to those in need. All non-food products are displayed and stored in the new facility.

The move was made possible by a capital campaign that raised more than $310,000 from community members and partners. Open Doors broke ground on the facility, adjacent to the Monon Trail Elementary School, last July. 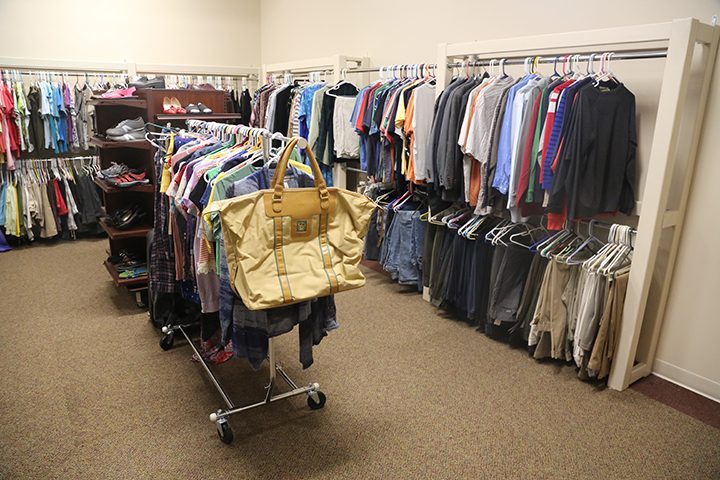 During construction, most of the contracted work also was donated.

“A lot more than monetary donations were made,” said Bruce Watson, vice president of the pantry’s board. “Almost all the subcontractors that worked on the interior of the building donated their time, like electric, concrete and plumbing.”

Jerry Rosenberger, treasurer of the board, said his son volunteered as project manager throughout construction. All the carpet also was donated.

The pantry is open from 9 to 11:50 a.m. Tuesday, Thursday and Saturday, but the hours could expand based on need. During operating hours, there are at least 10 volunteers in the facility. The volunteers come from the pantry’s 10 partner churches and the community. Approximately 70 volunteers help run the facility each month.

To volunteer or donate, visit opendoorswestfield.org. 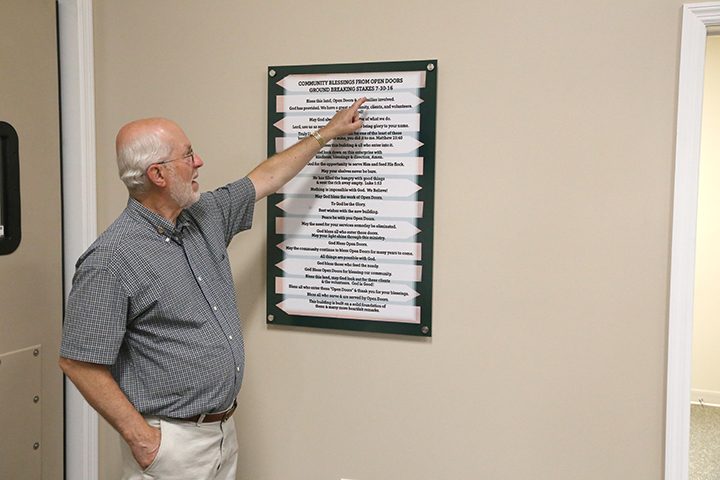 Bruce Watson showcases some of the stake messages from the facility’s groundbreaking, which are now a part of the building’s foundation. (Photo by Ann Marie Shambaugh)

During the groundbreaking ceremony for the new Open Doors Food Pantry facility last July, community members wrote prayers, blessings and inspiring messages on stakes that were then included in the building.

“When we dug for the foundation, we had a trench around the property where we placed those stakes,  and then the concrete was poured over them,” said Bruce Watson, vice president of the board for Open Doors. “We kept track of them and made a poster with some of the stakes’ sayings.”

Open Doors Food Pantry will hold an open house for the public from 1 to 3 p.m. Aug. 12 at 19360 Tomlinson Rd. A ribbon cutting will be at 1:30 p.m. Light refreshments will be available.