You are at:Home»Current in Carmel»Carmel Business Local»Carmel-based enVista supports Water for People

For enVista employees, giving back is part of the company’s philosophy. 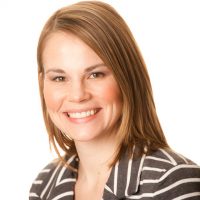 “Four years ago we started our enVolved committee, and we had a vision from our CEO (Jim Barnes) to provide service locally, nationally and globally,” said Stephanie Newell, enVista human capital director and a Carmel resident. “Our local (charity) is Outreach. They provide life transformation for homeless youth. Our national charity is Habitat for Humanity, and Water for People is our global charity.”

A Water for People fundraiser at the Carmel supply chain consulting and IT services company July 20 raised approximately $5,300 for Indiana’s American Water Works Association to benefit Water for People.

“One of our core beliefs is to provide more value than we get in return,” Newell said. “One of the ways we embody that is through service efforts.”

Newell said this was the third year partnering with Water for People and that this was its biggest fundraiser.

The July 20 donation will be given as a sponsorship for the Running for World Water 5K Fun Run and Walk set for Aug. 26 along the canal in downtown Indianapolis. The run is organized by AWWA of Indiana.

“The money is not used to put on the run, but is given 100 percent to Water for People,  which provides clean water to under-developed communities,” Newell said. “The money is used to drill wells.”

Approximately $3,100 was raised by enVista associates, and $2,000 was donated by the company itself. Newell said to raise money from their associates they held a prize drawing, selling tickets for chances to win prizes purchased by enVista or donated from the community. Dinner was sponsored by enVista, and the Tacos without Borders food truck donated $200 of its proceeds from the dinner.

“We had a lot of donations from local businesses to be part of the prize packages,” Newell said.

For more on the run, visit inawwa.org.