You are at:Home»Current in Carmel»Carmel Community»Consultant speaks on Carmel’s plans to lure luxury hotel 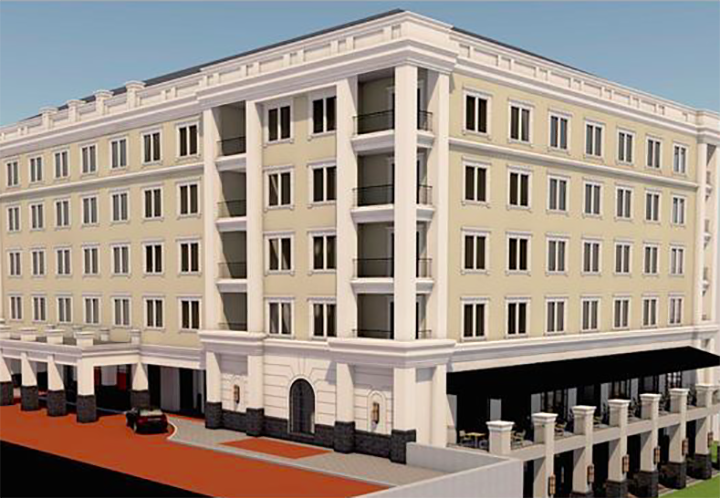 Though it’s early in the design phase, a proposed 4.5 rated luxury hotel planned for Carmel could have 100 to 120 rooms and a signature restaurant or nightclub. (Submitted rendering)

The City of Carmel is paying $20,000 a month to Oklahoma-based Coury Hospitality for advice on how to land a four-star hotel near Carmel City Center. At the Aug. 7 city council meeting, CEO Paul Coury gave a presentation on the city’s plans to spend at least $10 million to lure an Autograph Collection Hotel by Marriott. 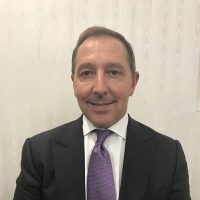 The proposal, which is part of $101 million in two separate bond packages being considered by the council, calls for the city to essentially be the owner of a luxury hotel. Someone else would manage and operate the business.

The Carmel Redevelopment Commission would help pay construction costs and back up the mortgage loan payments. Pedcor would likely be the ground tenant and joint owner, along with the CRC. Shiel Sexton would handle construction. Coury Hospitality would serve as a consultant, developer and hotel operator. Hirsch Bedner Associates would serve as the interior design firm. CSB Inc. would serve as the architectural firm. MMGY Global, which handles Marrott’s Autograph Collection, would serve as the branding agency.

There are more than 100 Autograph Collection hotels worldwide. The brand launched in 2010, and each hotel is independently owned and has its own character and look but all are described by Marriott as, “unique in design and thoughtful in spirit.”

“Honestly, Carmel will probably be the smallest city that Autograph has a hotel in,” Coury said. “So they see what Carmel has to offer.”

Carmel is aiming for 100 to 120 rooms with a 4.5-star rating and a signature restaurant or night club. Carmel Mayor Jim Brainard has shared plans for a cabaret dinner-and-music venue by Michael Feinstein, artistic director for The Center for the Performing Arts and Grammy-nominated singer.

Coury shared that Carmel’s hotel could have more than 164,000 square feet of space with a 3,220-square-foot meeting area. He said local corporate headquarters could become frequent users, possibly booking as many as 2,000 rooms a year, but large discounted blocks of rooms for conventions would not be this hotel’s market.

Coury said the average occupancy rate for Autograph Collection hotels is 77.9 percent with an average daily rate of $215.97. He thinks Carmel could expect an occupancy rate of around 64 percent in the first year alone.

But the process won’t be immediate, he said. Marriott has lots of conditions to meet before they allow their Autograph Collection brand to be affixed to a hotel. Representatives of the brand would meet with Carmel officials to come up with a design and look for the building, which means the preliminary architectural designs by Pedcor could end up changing drastically.

Coury said the hotel will pay for itself in multiple ways. First, the revenue from the hotel will partially go to the City of Carmel every year after making mortgage payments. That revenue can be used to either pay off additional debt or invest in other projects. In addition, he said there’s a multiplier effect where hotels like this often boost city revenues for sales tax of neighboring businesses, property value and taxes for nearby properties and food and beverage taxes for local restaurants. Also, the hotel bed tax can be used to support local tourism. He also said that corporate headquarters in Carmel, “will be grateful that this is here.”

“With your 125 corporations that are here, they will use this hotel,” he said.

Coury said going with a brand like Autograph Collection will reduce the risk for the city since travelers often seek out brands they know when choosing where to stay.

He said it’s hard for Carmel to attract a private investor to foot the entire bill for a luxury hotel because most hotel builders want to see returns of at least 11 percent or more. Carmel City Councilor Kevin “Woody” Rider said he was told by others that this hotel could see returns of five or six percent.

Coury said Carmel might just be too small a market to attract private investors, but he thinks that doesn’t mean Carmel won’t do well with this hotel.

“Our feasibility study came back really, really strong,” he said. “I think you’ll be shocked at how well this will do.”

Coury said this hotel could become a focal point for the city.

“Every city typically has an iconic hotel,” he said. “That’s the front door to your hotel.”

The hotel incentives and ownership deal will be discussed at the council’s finance committee meeting set for Aug. 15.