You are at:Home»Current in Carmel»Carmel Community»Expert: Carmel’s potential carousel a ‘national treasure’

The City of Carmel is considering spending around $5 million to acquire an antique carousel built in 1907, and at the Aug. 7 city council meeting one of the top carousel experts in the country spoke about the potential purchase. 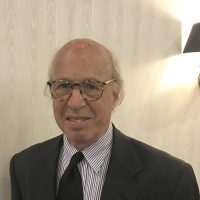 Arlan Ettinger, founder of New York City-based auction house Guernsey’s, specializes in collecting and selling rare items and has been called the “World’s Premier Treasure Hunter” by TIME Magazine. His interest in carousels began in the 1980s when a man came to him wanting to sell antique hand-carved horses from an old carousel. The man hoped to raise $30,000 to pay for a child’s surgery but in the end made more than $1 million in the deal.

Through this process, Ettinger – who would facilitate the carousel purchase for Carmel and make a commission as part of the sale – studied the history of carousels throughout the U.S. and became convinced of their importance.

“They are far more than simply amusement devices,” he said. “In the 1880s, going to a carousel was about as popular as going to the movies today. There were about 5,000 carousels operating around the country at the time.”

There are only about 150 carousels left in the U.S., he said, and only about 75 of them are hand-carved and not made from a mold. Most of those hand-carved carousels are either owned by cities or museums and will likely never go on the open market.

“There are very few that will ever be available, and that’s just the way it,” he said.

Part of the reason few exist is many times a carousel owner nowadays will sell a carousel piece by piece with collectors paying tens of thousands of dollars for each animal. It’s an easier route, Ettinger said.

About three years ago, Ettinger was contacted by Carmel Mayor Jim Brainard, who was interested in purchasing a carousel. An opportunity arose because a historic carousel in Seaside Heights, N.J. was going to be sold by its private owners. But a groundswell of support from the community led to a deal being reached to keep the carousel in New Jersey. A similar situation arose on Coney Island but Ettinger work with then-New York City Mayor Michael Bloomberg to restore the carousel.

Ettinger said carousels are an investment, and he doesn’t think they lose their value unless they’re damaged.

“The nice thing about a carousel is it is sort of a blue chip that could always be monetized and sold,” he said. “You can sell it and probably make money.”

In Carmel’s case, a Dentzel Company-built large park carousel with 52 hand-carved animals became available for purchase. It was originally at Bushkill Park in Pennsylvania but was moved to Centreville Amusement Park in the Toronto area in 1966. The amusement park has suffered flooding and has lost millions of dollars, which prompted the owner to sell it for an estimated record-breaking $3 million in Canadian dollars, which is about $2.37 million.

Ettinger heaped praise on the carousel that Carmel is considering purchasing, saying it is in great condition.

“It is, without question, one of the finest carousels that has ever been created,” he said. “It’s a Cadillac. It’s a Rolls Royce. It’s the Ferrari of carousels. This carousel is a national treasure. It would compare favorably with any carousel in the United States and maybe would compare with the top two or three percent in the world.”

Ettinger said he believes upkeep and staffing costs wouldn’t be high because usually volunteers from across the city show up to help.

“The occasional repainting of the animals has become a community event,” he said.

It would cost about $100,000 to dismantle the carousel, move it and reassemble it, he said. The City would likely spend $10,000 for restoration and Brainard estimated costs at about $10,000 a year or so for operation. No exact figure has been released for the land or the building.

Brainard said a small fee will be charged to ride the carousel and the city would charge for private events like birthday parties.

The proposal was sent to the council’s finance committee, which meets next on Aug. 15.

“This is a wonderful carousel in a beautiful town,” Ettinger said. “I think it would be a perfect fit.”

More than a dozen people spoke at the Carmel City Council meeting Aug. 7 to express support or opposition to Mayor Jim Brainard’s proposals to spend millions to purchase an antique carousel and for the city to become part-owner of a new luxury hotel near Carmel City Center. Only two residents spoke in support of these initiatives. 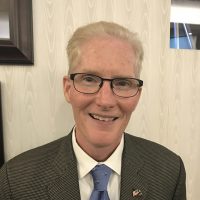 “Even the remote possibility of downstream tax increases is a kitchen table issue for those who live on a fixed income.” – Dr. Tim Hannon, a Carmel resident who started a petition against using taxpayer money for the carousel and the luxury hotel. 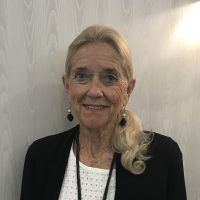 “People are really questioning the wisdom in increasing the debt load for a carousel, especially when there is one 30 minutes away at the number one rated children’s museum in the United States where families can ride the carousel and have a great educational experience at the same time.” – Ila Badger, a Carmel resident who moved to the city in 1968. 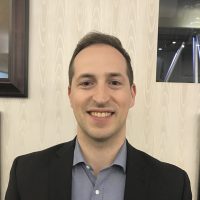 “I have a 2 year old daughter, and I would love to have her ride on a carousel. It’s as simple as that. All cities invest in these kind of amenities, and I think Carmel has done it right in the past. I see the carousel as an extension of the ice rink, the Monon, The Palladium, the Arts & Design District. We in Carmel have developed a sense of place.” – Henry Mestetsky, an attorney at Bingham Greenebaum Doll and member of the Carmel Redevelopment Commission.