The Zionsville Town Council met Aug. 7 to add a new member to the parks board and vote on two transportation-related ordinances. 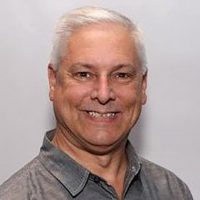 What happened: The council appointed Steve Bullington to the Zionsville Parks Board.

What it means: Bullington, who has previously served on the board, will replace Manda Clevenger, who is moving out of town near the end of the month.

What’s next: Bullington is expected to join the board for its September 13 meeting.

What happened: The council approved an ordinance that changes less than 200 feet of Sixth Street from a one-way to a two-way road.

What’s next: The ordinance is in effect.

What happened: The council approved an ordinance to reflect stop signs in the Hidden Pines subdivision.

What it means: The stop signs have been in place as the neighborhood has been built, but the developer is transferring ownership of the streets to the town. The ordinance allows the town to officially recognize and codify the stop conditions.