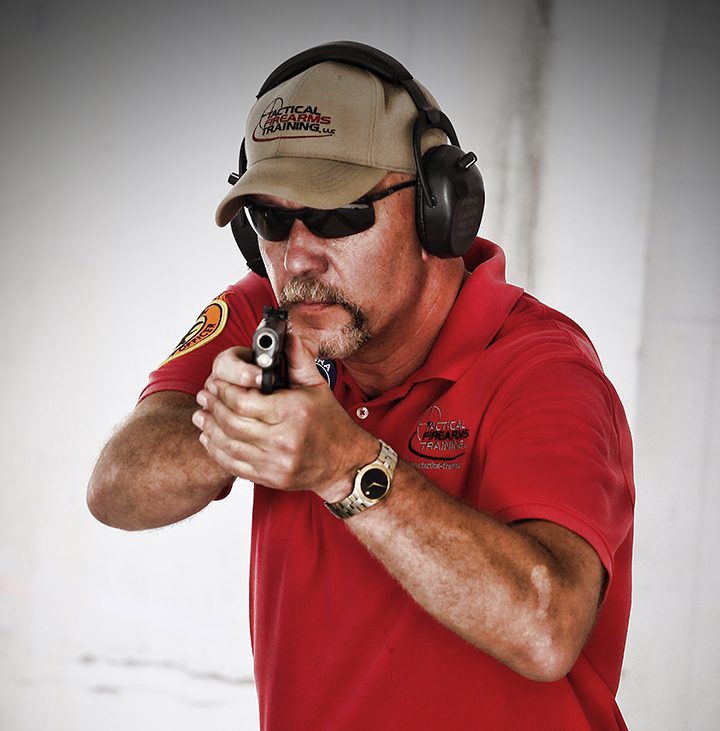 Guy Relford practices gun law in Carmel and is the host of “The Gun Guy” radio show on WIBC. (Submitted photo)

Relforc teaches firearms safety classes and hosts a radio show on WIBC called “The Gun Guy.” His law firm focuses on gun law cases. He literally wrote the book on gun safety. He’s the author of “Gun Safety and Cleaning for Dummies.”

Relford, a longtime Carmel resident and Carmel High School graduate, started his law firm in the Carmel Arts & Design District six years ago. He had worked for two decades doing global litigation for Dow Chemical but discovered changes at his job would require moving to Michigan. He loved Carmel and didn’t want to move, so he took an early retirement and thought about his next move.

Relford has always been interested in guns. He’s been a certified firearms instructor for 25 years, so he decided to dedicate his career to helping others understand gun rights.

“I was already self-educated on Second Amendment law, and so I thought I’d dedicate my practice to that,” he said.

Relford handles criminal and civil cases. In criminal cases, he often defenses clients  accused of a gun crime but whom he believes was legally exercising Second Amendment rights. Cases range from firearm possession to self defense. 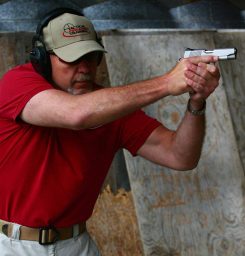 “If I think all they were doing is exercising their Constitutional right, then I defend them,” he said.

Relford also handles civil cases, such as incidents where clients sue an employer or a municipal government. For example, an employer might place a ban on firearms legally locked out of sight in a vehicle, and Relford might defend a gun owner who works at that business. He said he’s sued several city governments that have tried to pass laws that unconstitutionally restrict the Second Amendment.

But Relford said he’s no extremist. He’s a strong supporter of the Second Amendment and said additional gun laws are largely unnecessary, but he doesn’t defend all gun owners at all times. Gun safety is important to him, which is why he started his second business, Tactical Firearms Training.

Relford said some dangerous people simply shouldn’t have guns, but he said there are already enough laws. Inevitably, he said some gun laws could make people less safe because only criminals would have guns.

Relford said people often ask him about gun issues, such as if it’s OK to shoot a coyote if it’s in your yard. He said in most cases it’s not worth the risk of a charge of criminal recklessness with a deadly weapon, which could be a felony. People ask him about stories in the news, such as the Fishers convenience store clerk who pointed a gun at a shoplifter in July. In that case, Relford said it’s not smart to commit a felony in order to prevent someone from committing a misdemeanor crime.

Relford is a frequent guest on local talk shows, such as “Chicks on the Right” and Tony Katz on WIBC radio. After some successful appearances, he was given his own show that airs from 5 to 7 p.m. Saturdays on WIBC.

“I can’t give legal advice on the radio, but I can tell you what the law is,” he said.

State Rep. Jerry Torr, R-Carmel, has been a guest on his radio show and said he really respects Relford.

“The great thing I’ve noticed is that he won’t guess when it comes to the law,” he said. “He won’t make something up on the fly. He’ll look into it and report back later. But he’s really knowledgeable and has a great sense of humor.”

Tony Katz, a radio host on WIBC, said that Relford is a great resource for information.

“Great gun knowledge, great legal knowledge, and a demeanor that begs good conversation and avoids the kind of vitriol that ends a conversation before it starts,” Katz said. “It’s good have people like him around. It’s also way safer.”

Relford said he’s never had to fire a gun in self defense, but he’s been in scary situations where he’s been glad to have a gun.

“I have a fire extinguisher in my kitchen,” he said. “I don’t think my kitchen is going to catch on fire, but I still feel safer having it there.”

According to Guy Relford, there are “Four Rules” of safe gun handling.

1. Treat every gun as if it is loaded.

2. Always keep the gun pointed in a safe direction.

3. Always keep your finger (and anything else) away from the trigger until your sights are on the target and you are ready to shoot.

4. Always be sure of your target and anything aligned with your target (in front or in back) before you pull the trigger. 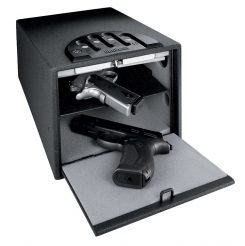 Always store every gun so that it is inaccessible to anyone who is not trained or authorized to handle your firearm. This doesn’t mean hidden, or on a high shelf or the top of the armoire. It means locked up. There are quick-open gun safes that allow gun owners to access a firearm in a second or two but still keep the gun inaccessible to others, particularly young children.