You are at:Home»Current in Noblesville»Dillon receives Sagamore of the Wabash 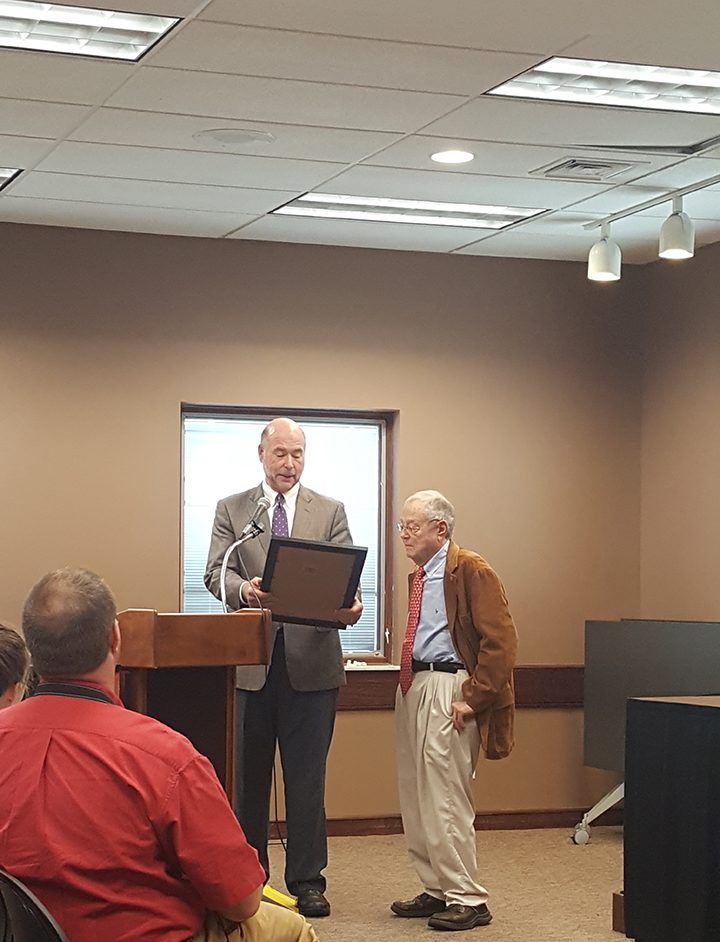 Dillon is a retired cardiologist and professor of medicine at the Indiana University School of Medicine. He was born and raised in Noblesville and has lived in Carmel for more than 30 years.

“Dr. Jim Dillon has been a tremendous public servant, and he’s served as a leading advocate for heart health in Indiana,” Bosma said. “He played a critical role in bringing innovative safety techniques and equipment to the community, including the use of AEDs and severe weather sirens.”

Since 1974, Dillon has served in various roles with the Wayne Township Volunteer Fire Dept. in Marion County and twice received the department’s Heroism Award. He also has served as the deputy trustee in Clay Township in Hamilton County since 2014.

“This award is well-deserved, and we are fortunate to have Dr. Jim Dillon and his family in our community,” said Douglas Callahan, Clay Township trustee. “We have a deep respect for not only his tireless work in the medical field, but also his dedication to public service. He’s a valuable asset to us, and I can’t thank him enough for his efforts to make our community a safer, better place to live.”

Dillon also was a member of the Indianapolis Mayor’s Committee of Emergency Medical Services from 1976 to 2004, and he served as chair of the Indiana Emergency Services Commission from 1974 to 1980. He was the Hamilton County deputy coroner from 1967 to 1970.

Dillon also has served on numerous boards and commissions, including the Clay Township Civil Board and Clay West Information Council.