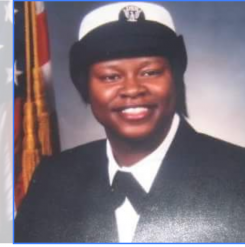 Geneaster Ortiz served in the Navy for eight years, retiring in 2005. (Submitted photo)

Sept. 11, 2017, marks 16 years since Geneaster Ortiz re-enlisted in the Navy for four more years of service.

“I wanted to stay in,” Ortiz said. “Joining the military, I just felt like it was a family. I remember when I graduated from boot camp how I felt like we are family. I belong to something.”

Ortiz was working with a patient as a dental technician at Naval Station Great Lakes in Illinois when she heard about the World Trade Center attacks. She said the base was locked down, searched and all nonessential personnel were sent home. She drove back to her husband and daughter in Chicago.

“As I was driving home, there was nobody but me,” she said. “I was so afraid. Where is everyone? The whole city was locked down.”

Ortiz retired from the Navy in 2005 after eight years of service, and with her husband, daughter and son, went searching for a place to settle down near her sister. They looked in Noblesville before deciding Carmel would be their home.

Her husband was working in the kitchen at Carmel High School when he suggested she look into a similar position. Ortiz is the second youngest of 12 in her family. 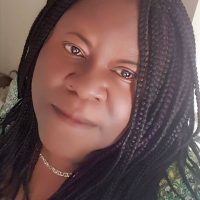 As cafeteria manager at Forest Dale Elementary, Ortiz trains and schedules her staff of five and prepares meals for 600 students. Ortiz said the military taught her how to be a leader and the importance of respect and care, which are lessons she brought to Forest Dale.

“I’m not doing it to pretend,” she said. “I really do care about each one of my staff and making sure that they’re OK and they’re comfortable and we’re getting the job done. I think that’s why our kitchen works so well.”