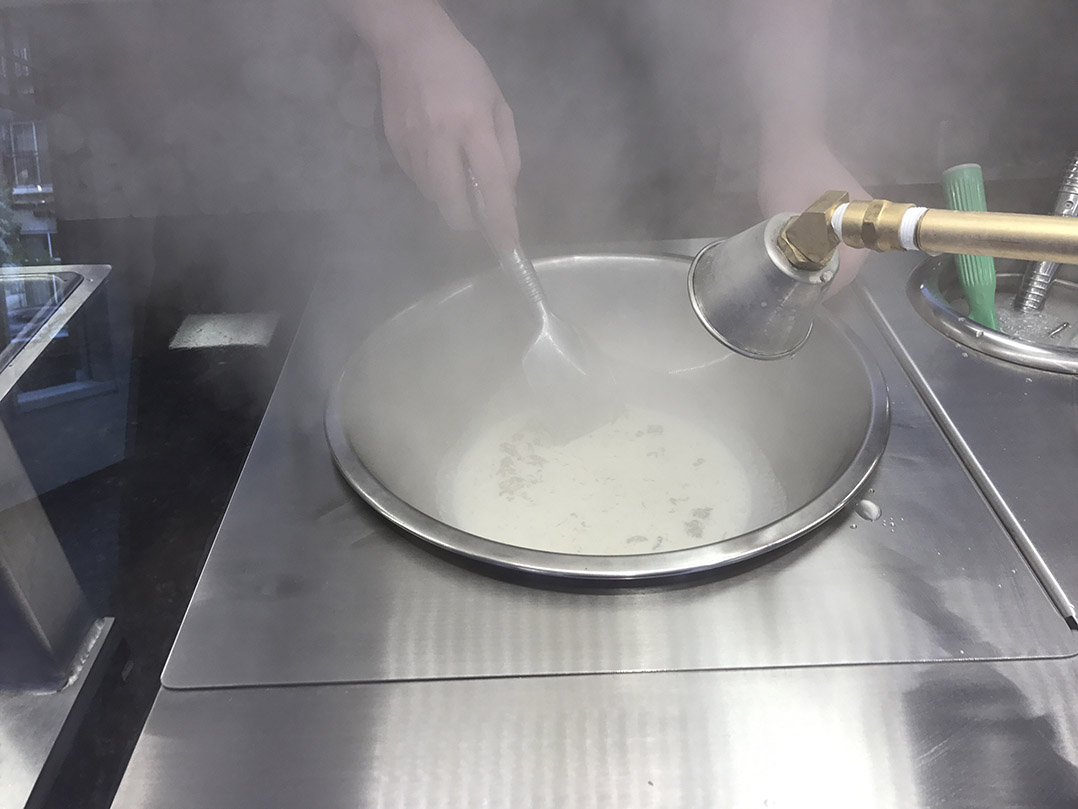 According to John Einsfeld, the faster the freeze, the creamier the result.

Einsfeld and his wife, Brenda, are Indiana Area Developers for Sub Zero Ice Cream. The company produces liquid nitrogen ice cream that is frozen on the spot in 15 seconds.

The Einsfeld’s opened the Carmel Sub Zero Ice Cream shop Sept. 8 at 111 W. Main St., a site that was most recently home to Auntie Em’s Frozen Custard and Cupcakes. It will have a grand opening ceremony the first week of October. 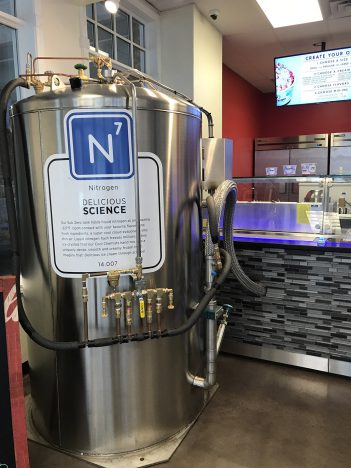 Einsfeld is passionate about ice cream and was previously the general manager for Eddy’s Grand Ice Cream for 13 years.

Einsfeld said Sub Zero is the U.S. leader in liquid nitrogen ice cream. The Indianapolis Sub Zero location on Mass Ave. is the No. 1  Sub Zero Ice Cream store in the U.S. Einsfeld said he wanted to add a location that would have a similar feel to the Mass Ave. location. Sub Zero also has a shop inside Castleton Square Mall in Indianapolis.

The Einsfelds plan to open a store in their hometown of Fishers. Stores in Zionsville, Broad Ripple and Fountain Square may pop up in the next 12 to 16 months.

Einsfeld said Sub Zero Ice Cream is all about the experience.

“When a customer walks in our door and they see the cloud of vapors from the liquid nitrogen hitting the fresh cream, they see a phenomenal experience take place,” Einsfeld said. “What’s really impressive is whether you’re 3 years old 83 years old, we have everybody coming in that loves ice cream and loves to watch the ice cream being made.”

The ice cream is transformed in-store from a cream base to a fresh ice cream in 15 to 20 seconds. Einsfeld said customers often video the process.

Sub Zero Ice Cream also caters events and gives presentations to local schools about the science of liquid nitrogen, which always ends with a scoop for each student.