The Carmel Clay Schools board of trustees has put Supt. Nicholas Wahl on administrative leave. The board made the announcement at its Oct. 9 meeting. 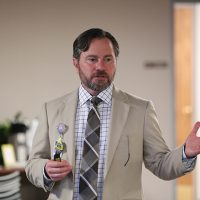 “The Board is undertaking a thorough review of its district leadership and believes that its action today will enable it to complete this review more quickly and in a manner that respects the confidentiality of its employees’ personnel matters,” School Board President Layla Spanenberg said in a statement. “Because of these confidentiality concerns, the Board will not make further comment on this until it has finished its review.”

Wahl will still receive pay and benefits during the leave. Spanenberg said after the meeting she did not know how long the review process will take but that it would go “more efficiently and effectively” if Wahl was on leave. The review will be conducted by CCS attorneys, she said.

“We have very strong leadership (team) that is stepping into those shoes,” Spanenberg said. “We are confident Dr. Dudley and Mr. McMichael will handle what needs to be handled in the school district during this time.”

Spanenberg would not comment on how long the board has been aware of the issues that led to the administrative leave. When asked, she did not state whether or not other CCS employees have also been placed on leave.

CCS parents were notified of the situation after the meeting through an email sent out by the school board.

Wahl was not in attendance at the Oct. 9 meeting.