You are at:Home»Current in Westfield»Westfield Business Local»Bastian Solutions announces new manufacturing center to be built in Westfield 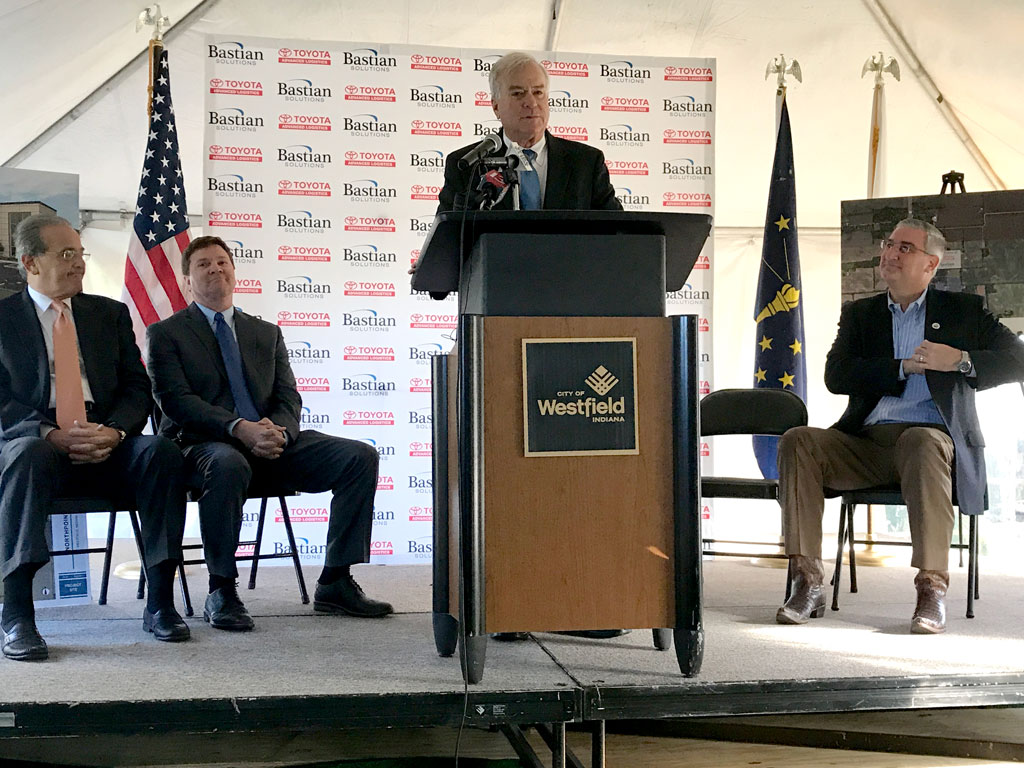 Bastian Solutions recently announced a new manufacturing center to be built near 196th Street and U.S. 31 in Westfield. Bastian Solutions is a global systems integrator and consulting firm recently acquired by Toyota Advanced Logistics. The 90,000-square-foot manufacturing center will be an $8 million investment in Hamilton County and bring 87 new, high-wage jobs by 2020.

Bastian Solutions is the first manufacturing center announced for the Northpoint development, which is zoned for industrial.

“We believe this will be a beautiful facility when we get it all done,” Bill Bastian II, chairman of the Bastian Solutions board of directors, said. “We are excited to be a part of this community and to contribute to the Westfield community.”

Construction on the facility is expected to begin next month, and the facility will include 10,000 square feet of office space as well as advanced manufacturing operations. It plans to begin operations early next year. This is the fifth Indiana facility.

The Indiana Economic Development Commission offered Bastian Solutions up to $1 million in conditional tax credits and up to $88,750 in training grants based on the company’s job creation plans, according to a press release from the IEDC. The incentives are performance based and the Westfield City Council may consider additional incentives.

Gov. Eric Holcomb spoke during the press release. Holcomb recently returned from Japan where the Toyota Industries Corporation is based.

“You’ve chosen Indiana as a global company, and you could’ve gone anywhere,” Holcomb said. “We are so grateful you continue to put your trust in Hoosiers as we adapt to the changing economy. I will go anywhere in the world to recruit new jobs and new opportunities in our state.”

“It’s an honor to have this new company come to town,” he said. “The U.S. 31 freeway has changed the face of this city, and if it wasn’t for the investment from the state we probably wouldn’t have Grand Park which is the backbone of our development or Grand Junction and the new hospital. That in combination with our great school system and trail system, we are able to put together a place in the center of Indiana where people and families want to come and that results in a workforce.”