You are at:Home»Night & Day»Independent Music Festival serves as benefit for Hurricane victims

Musicians from across the nation will be congregating in Indianapolis to provide comfort to those affected by the recent hurricanes.

The Independent Music Festival is set for 7 p.m. Nov. 3 at the Madame C.J. Walker Theatre Center, 617 Indiana Ave., Indianapolis. Carmel-based Milestone Talent Agency and MECAP (Music and Entertainment Consulting and Production) have partnered to present the concert, which serves as a benefit for families in need in the aftermath of hurricanes Harvey and Irma.

“We figure everyone can afford $13 to see a good musical for a good cause,” said Patrick Cowherd, who works as a manager for Milestone’s musicians. “There will be blues, R&B, hip hop, jazz and pop. All genres will be covered.”

The festival was originally set to be held at the Palladium in Carmel, but Cowherd said contractual differences prompted a change.

“We wanted to give back to the community and show people what we do,” Cowherd said.

Sid Johnson, known as Uncle Jamz and MECAP founder, said he formed an association with Milestone Talent Agency this summer.

“I have been involved with writing on songs for Mariah Carey, Usher, Babyface and Midnight Star, to name a few,” Johnson said. “I have had a longtime friendship with Babyface (Kenneth Edmonds), and I was his first manager when he was in the group Manchild in the ‘70s.” 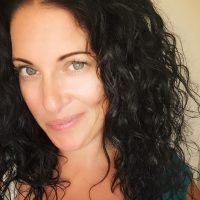