You are at:Home»Current in Carmel»Carmel Cover Stories»A cut above: Carmel’s Lee Saberson masters the art of pumpkin carving 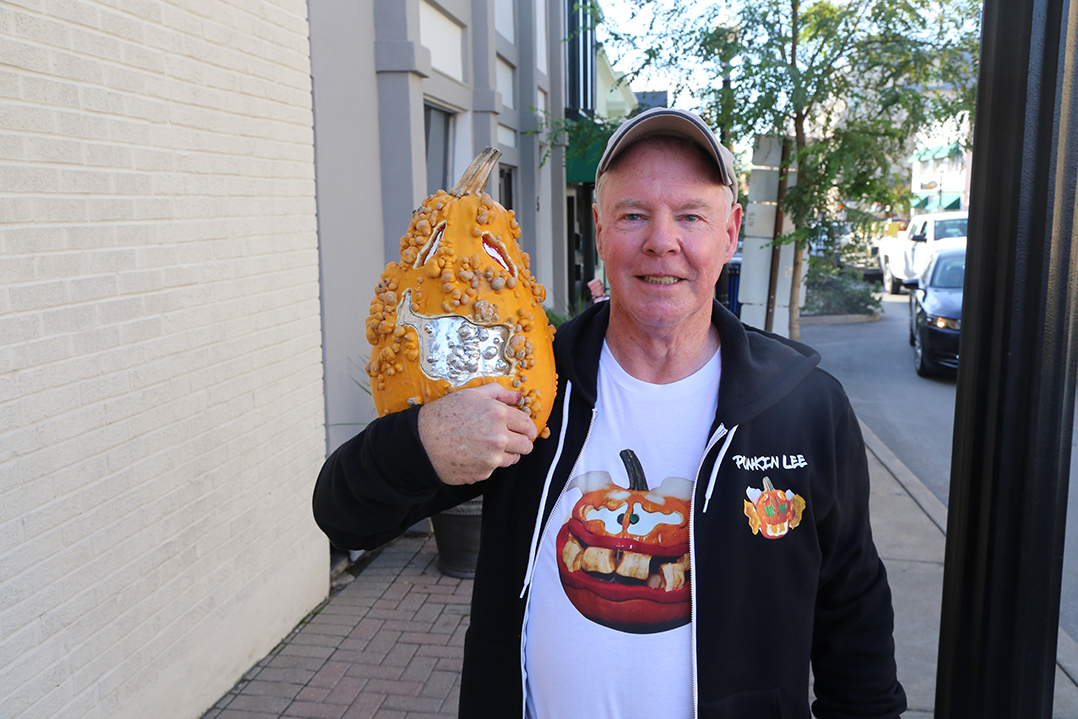 Lee Saberson displays a pumpkin he carved as a gift for his dermatologist. (Photo by Ann Marie Shambaugh)

For Lee Saberson, the Halloween season is the busiest time of the year. The Carmel resident is retired, but he spends October traveling and sharing his love of pumpkin carving with the community.

“It’s a niche, and the creative side is really fun because I can take what I’ve done before and vary it just a little bit, and that’s enough,” he said.

Saberson’s interest in carving began 30 years ago when he and his wife, Barb, lived in Whitefish Bay, Wis. During the last week of October every year, the Whitefish Bay Civic Foundation hosts the Great Pumpkin Festival that includes music, food and a large amount of pumpkins and carving tools. 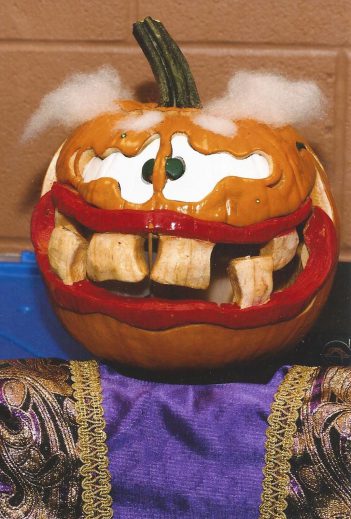 The foundation was searching for more carvers within the community, and Barb encouraged her husband to attend the festival. He was one of only two carvers who participated, but it gave him the opportunity to learn from a master carver. Saberson said it became an instant passion because he was able to learn tricks of the trade from a professional.

The festival includes more than 1,000 small pumpkins and a dozen giant pumpkins, which weigh up to 1,200 pounds. Community members can watch carving presentations and pick pumpkins they would like to carve with their family.

Saberson returns to Wisconsin every year to participate in the festival. He is now one the lead carvers.

“After the main carver left, then Lee was doing all the big (pumpkins),” Barb said. “You can only do so many in a week, so he would start recruiting other carvers. A lot are art teachers or people that are artsy like that.”

Barb said now there is an unofficial team of carvers ready for the festival each year.

Saberson and his wife moved to Carmel 18 years ago for a new job opportunity. He began carving demonstrations at the Carmel Farmer’s Market soon after he arrived as a way to carve pumpkins in his new community. 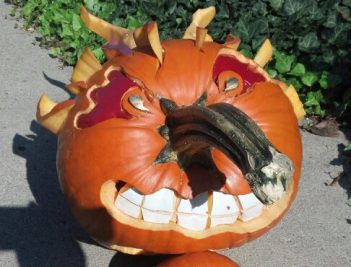 When he is in a new place, Saberson always creates his signatures carvings first, including one with large teeth, one with large ears and a “diva” complete with gold spray paint. Many of his pumpkins include spray paint so that the carvings are visible night and day.

“I will cut a piece out, spray paint it and put it back in so that the moisture tends to not come out as fast,” he said. “During the day, you can see what it looks like.”

Saberson said the most important part of carving is planning the longevity of each project so the pumpkins can stay alive as long as possible without attracting bugs or mold. He carves more than 20 small pumpkins and 12 of the giants every October, all of which he does from his garage or in the back of his van. Barb said the vehicle has to be detailed at the end of the month to rid it of pumpkin remnants.

During events, Saberson spends 10 minutes providing carving tips for the audience. He said he is working on a book with many pictures and “a little pumpkin philosophy.”

“I think it’s just fun to see how it’s all developed,” Barb said. “It started out just as an idea and it blossomed. Every year, it takes on a life of its own.” 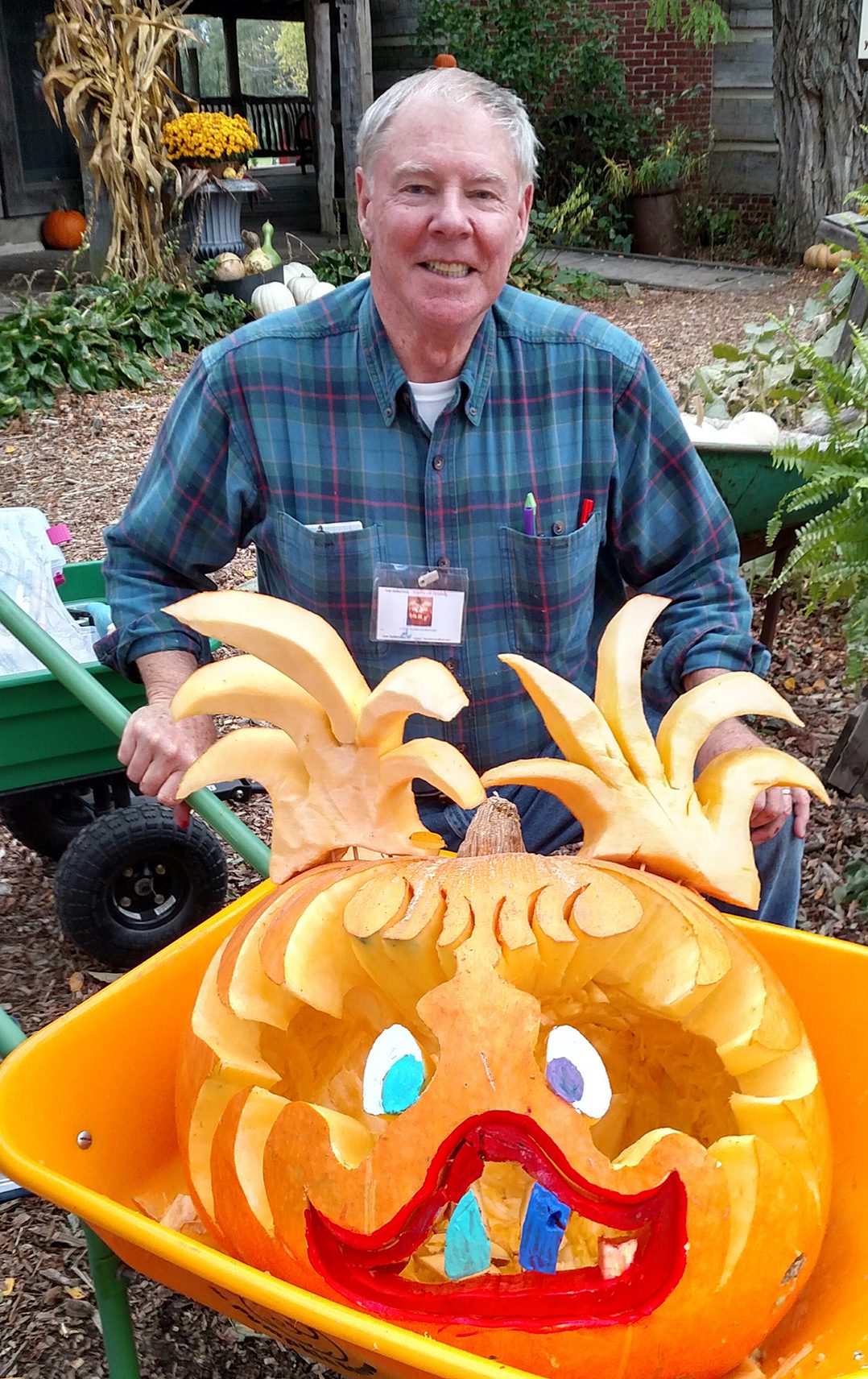 Motto to live by: Listen carefully, think about it and look again