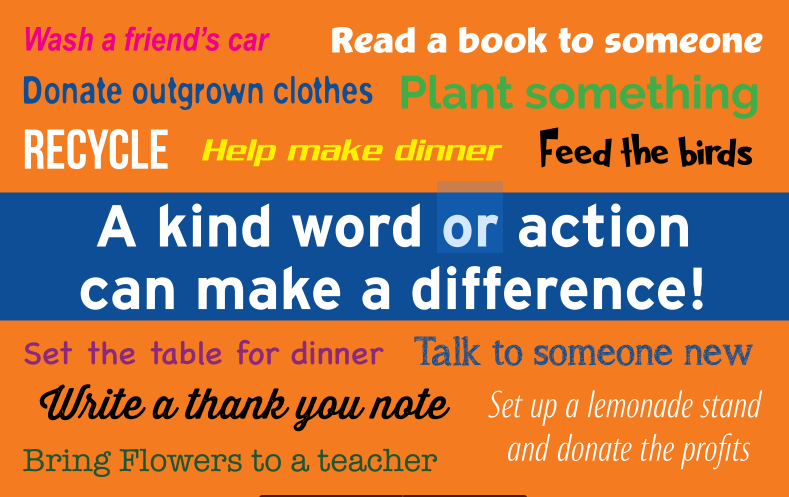 An example of a kindness card. (Submitted image)

The initiative will serve to guide Westfield on a path toward being kind in school and in the community, according to Maple Glen PTO co-president Ashley Knott.

“We have been working hard, and as one of the goals of the PTO presidents, the PTO executive leadership team meets weekly,” Knott said. “We wanted an initiative where we could work on this together.”

The Shamrock Club will launch Nov. 13, which coincides with World Kindness Day. Kindness Cards will be handed out at every school in the district with a goal that students will pass them along in the community.

Similar in structure to a credit card, there are eight types of cards, ranging in colors. There are 20,000, in total. Knott said the goal is to get as many cards handed out and in the community in the two weeks leading up to Thanksgiving Break.

“This triggered our initiative on a broader spectrum,” Knott said. “But we want to know how to continue this, where does this take us from here. We are trying to decide how to bring it back for years to come.”

Knott said the initiative is a work in progress.

“The entire PTO leadership worked together as a community with the same vision as to how can we give kindness, when in today’s world it’s not always so nice,” Knott said.

The initiative is not limited to Westfield schools. Knott encourages the cards to be dropped off at local restaurants and businesses throughout the community.

Knott said actions must follow the card. Participants can use the hashtag #WestfieldKind on all social networking platforms to follow along.