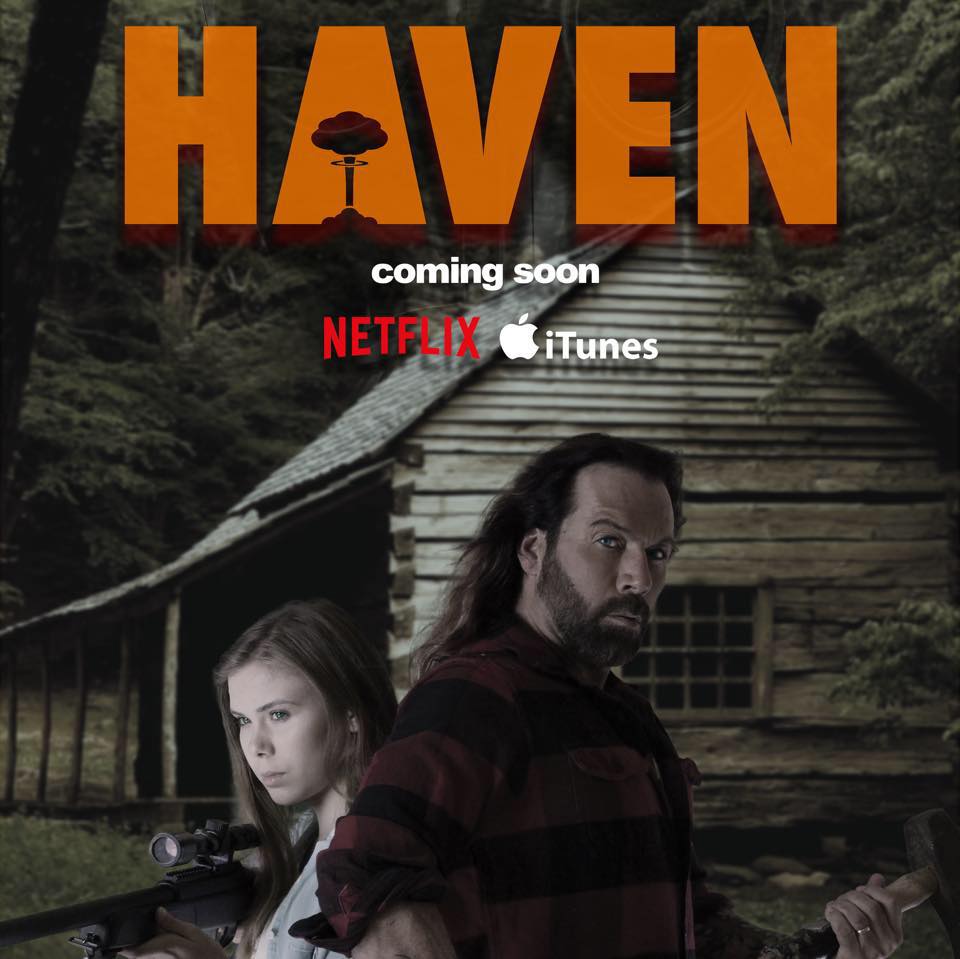 Darren Cupp, owner of Darren’s Ballroom in Carmel, has worn a lot of hats in the past. His occupations include small business owner, dancer, choreographer, singer, model, bracelet designer, reality TV star and more. But now Cupp is adding a new job to his resume: film producer.

Cupp is starring in and producing a new movie called “Haven.” Filming recently finished. A spring 2018 release is planned through Netflix streaming service and iTunes movie downloads. The film’s premise is that after a nuclear disaster, a father and daughter try to live simply in the woods, and when a supply run goes awry, trouble soon finds its way to their “haven.”

Cupp came up with the idea over lunch with writer/director R.J. Maurer. Maurer served time in the U.S. Marine Corps and that’s where he honed his photography and videography skills as part of a program called Combat Camera.

“It kind of has all the genres mixed into one film,” he said.

They shot the production in southern Indiana on a small budget. Cupp, who has experience producing his own reality show about ballroom dancing, said it was quite a different experience producing a film. He said he used his skills as a business owner to problem-solve issues that arose.

“I do a lot of productions, but they’re usually live action shows,” he said. “But producing my first movie was very different. It’s a lot more work than I ever imagined it could be.”

It’s not the first time Cupp has starred in an independent film. He played the title role in a movie called, “Dracula Now.”

“It was weird to go to work and say, ‘I’m going to rip someone’s throat out today,’” he said.

For more on the film “Haven,” visit the Web site at www.haventhemovie.com.

To listen to the full interview with Darren Cupp, check out Adam Aasen and Larry Lannan’s weekly podcast “Hamilton County Goes to the Movies,” available on iTunes and SoundCloud.