You are at:Home»Current in Carmel»Carmel Business Local»Women unite to promote diversity in energy sector 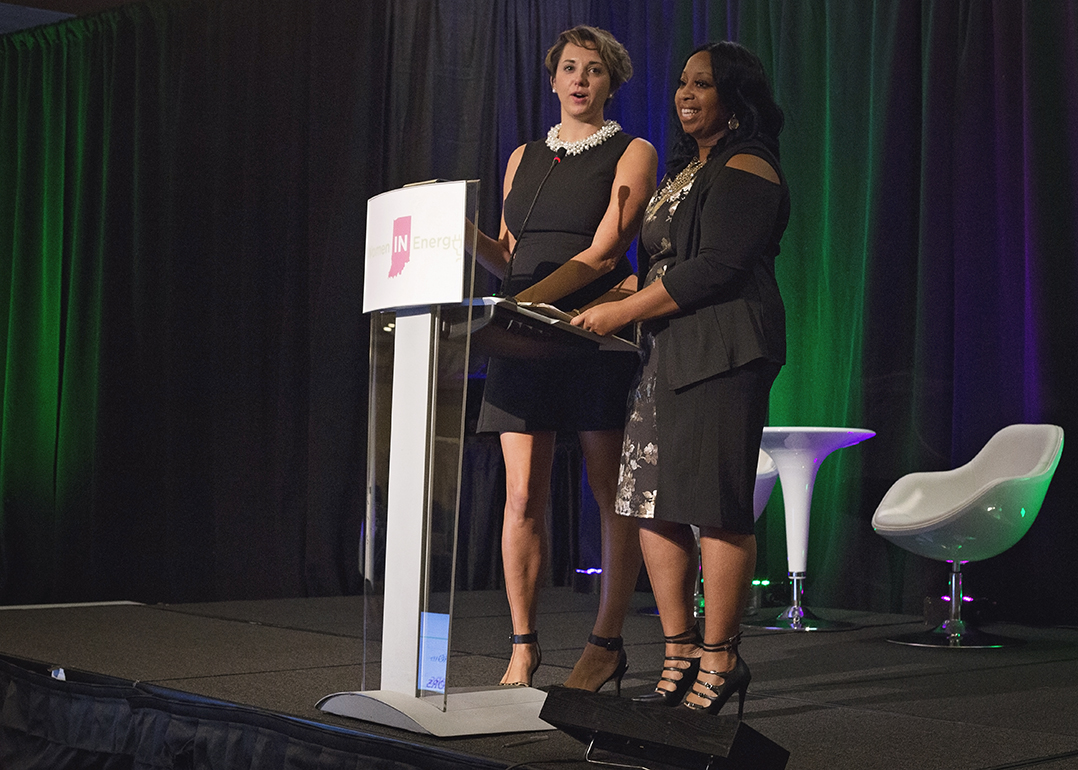 When Tameka McNair joined the energy sector with Carmel-based MISO 3 1/2 years ago, she saw a lack of female representation, especially in leadership positions.

Women account for only 20 percent of employees in the electric power industry, according to the U.S. Bureau of Labor Statistics 2016 Current Population Survey. McNair said the numbers make it more difficult for women to find a mentor or sponsor within a company as well as retain their positions.

But she didn’t let that discourage her from striving for more.

“I feel like I’ve had opportunities because I’ve been intentional about paving the way for myself versus sitting back and letting someone give me something,” she said.

McNair, a senior technology and risk analyst, was already developing strategies to increase the percentage of women in the field when she connected with Kelly Snyder, senior origination manager at EDP Renewables.

McNair and Snyder collaborated to create the Women IN Energy conference, which held its inaugural event in Carmel Oct. 10. Only six energy-sector companies were on the committee, but the women in attendance represented 38 companies.

“We definitely wanted people to feel empowered in diversity and empowered by women and just make a new connection and build the network within Indiana because the energy space is so small,” Snyder said.

Both women agree that it is up to individual companies to address the issue. McNair said creating women’s resource groups provides a platform for women to connect and improve their experience at work. She added that human resource departments should include more women in the talent pool and be intentional about building “a pipeline of talent.” McNair wants to educate women about electric power and STEM earlier in their scholastic careers.

Snyder said increasing the percentage of women in the industry is important for the stability and success of any company.

“Once you have a more diverse company and group, you are able to adapt, make decisions and ultimately have a stronger bottom line,” she said.