Boone County officials have been talking about the need for an animal control officer for several years. Boone County Sheriff’s deputy Hannah Fisher is stepping into the role Jan. 1. 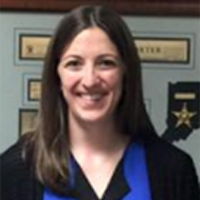 “In the past several months I have become very passionate about this new opportunity in the law enforcement profession, and I am sincerely grateful to Sheriff (Mike) Nielsen for the opportunity,” Fisher said. “There will be a change in my title and a few incidental things will change, but I will retain law enforcement powers.”

Nielsen said the position is something the county has needed for a long time.

“I remember being a lieutenant on the road and our hands being tied on many of these types of calls,” he said. “This was one of my priorities when I became sheriff.”

“It’s estimated the dog and cat population in our county exceeds the human population by 18 percent. This doesn’t include the other domesticated animals, livestock and wildlife (that occasionally poses a threat) that reside in our county,” Fisher said. “From a numbers perspective, the demand speaks for itself. However, we also have a tremendous push from the residents because they need a direct point of contact.”

“An ACO needs to have the authority and legal standing to require the surrender of an animal or remove an animal from a dangerous situation.  HSforBC has no legal authority to trespass and remove an animal without permission,” she said. “That authority can only come rightfully through having police powers, training and county-wide animal control ordinances.”