After 11 years of paying a monthly fee to the City of Noblesville, the Hamilton County Artists’ Association now owns the land and building, The Birdie Gallery, at 195 S. Fifth St. The Board of Works approved the deed transfer at its Dec. 19 meeting. 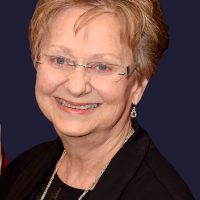 The city waived the HCAA’s final payment of $30,000, and council member Mary Sue Rowland said the decioson was made after noticing the association’s continuous updates to the building and its future plans.

Originally, the building was a First Baptist Church. HCAA came into the land deed on March 27, 2006. In its first year, the HCAA completed many updates to the building.

“What has evolved since Hamilton County Artists’ Association has discovered the old church is a great, adaptive reuse,” Rowland said. “They were a little off the (downtown) square, but people have found them, and we now have an artists’ district. It’s been a very good investment and addition to our community.”

Between April and June 2006, the HCAA restored power to the building, provided a general cleanup of the area, removed carpet and paneling from the sanctuary, cleaned a crawl space, repaired gutters and a sewer pipe and developed an electrical improvements plan. Between July and August 2006, the association completed electrical repairs, floor repairs, chimney repairs, painting and more. Between September 2016 and spring 2017, the association built a front step and sidewalk to a back entry for disability access and more.

The land deed transfer comes with a few stipulations. For example, the HCAA cannot sell the building unless its to a nonprofit, and it can’t tear it down. If the association were to sell, the city would have right of first refusal on the building. The deed restrictions are in place through Dec. 31, 2029.

Rowland said the association will continue to improve the building. For more, visit hcaa-in.org.