You are at:Home»Current in Noblesville»Noblesville Community»Council approves changes to Downtown Development Fund

At its Dec. 19 meeting, Noblesville Common Council approved an amendment to the downtown development fund, 9-0. The fund is sourced from the trash fee, which was implemented midway through 2016.

Nothing changed from the downtown development fund’s presentation at the council’s last meeting except for some minor language changes in one of the whereas clauses in the ordinance.

The downtown development fund will accrue $500,000 from the trash fee each year. The $500,000 does not need to all be spent, as it can roll over each year. Any project using the fund with monies more than $25,000 must be presented to and approved by the common council. 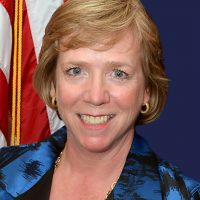 Megan Wiles, council president and chair of the Downtown District Committee, said a portion of the fund this year was used to hire a consultant to better develop the downtown streetscape. Other projects this year include downtown streetlight replacements, minor sidewalk repairs and a design fee for Seminary Park improvements.

Through paying the trash fee, which was before covered by property taxes, Wiles said residents will see a return on the fee with downtown improvements.

“(The trash fee) is something that we can use on other things, and it guarantees half a million dollars on downtown enhancements,” Wiles said.