You are at:Home»Current in Carmel»Carmel Community»Millennium players learn more than soccer 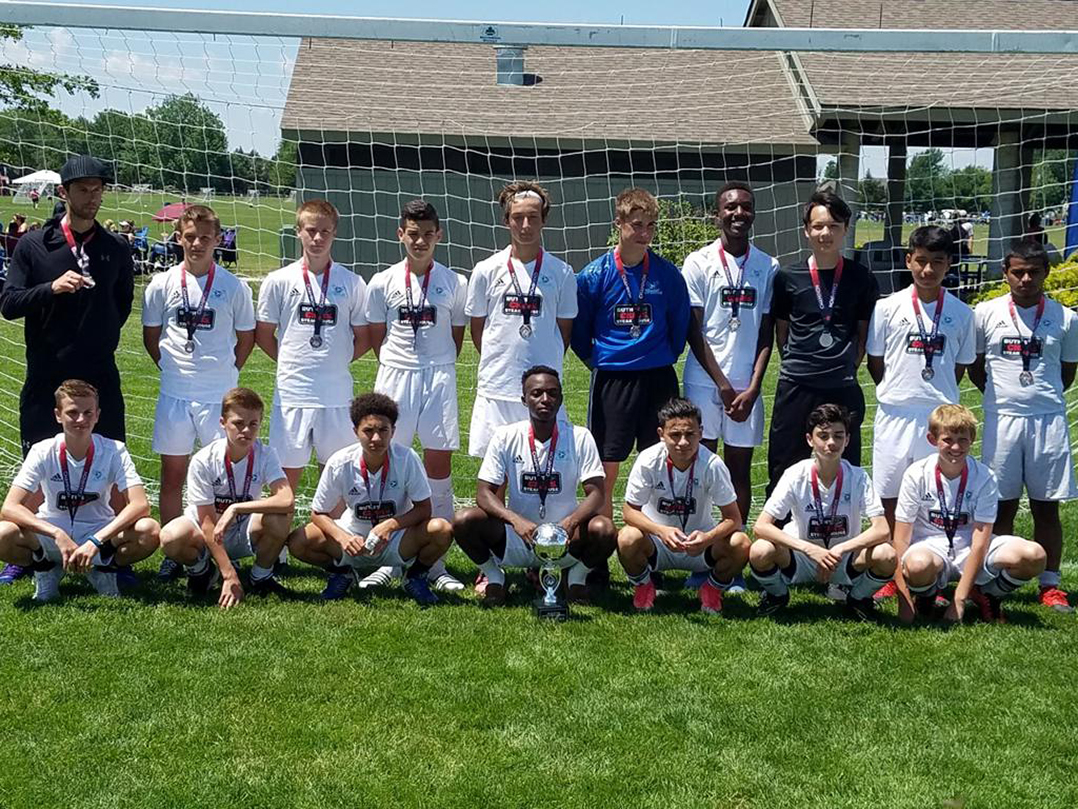 The Millennium Indy Soccer U16 team is the only team representing Indiana at the Disney Soccer Showcase Dec. 27 to 31 in Orlando. (Submitted photo)

For Joey Langeman, playing soccer isn’t about winning. It’s about love of the sport and the relationships he’s built over the years.

“I’ve made so many new friendships that keep me inspired to play,” said the 15-year-old Carmel High School sophomore. “I started playing soccer when I was 5 and have loved it ever since.”

So, when the teen heard about Millennium Indy Soccer he knew the organization would be a good fit. Millennium Indy operates on the principles of academic excellence, community service and grace and honor through competition.

Founded by Dan Kapsalis and Jerry Little – a soccer coach at North Central High School since 1982 –  the organization fielded its first team four years ago and has nine teams – U9 to U17.

“Dan and I had talked for several years about our disappointment in the increase in the cost of travel soccer over the past 10 to 15 years and how it leaves so many kids out of competing at a high level,” said Little, who was a teacher for 37 years. “A few years back I was contacted by some families who were dissatisfied with what was happening with their clubs and wanted to know if I could do anything.”

The team has open tryouts and selects the best players without regard to their financial status. The fee to play is $100 and covers both seasons. Uniforms are provided at no charge to the players.

“Knowing each of these boys loves to play the game of soccer, we use the sport as a way to help teach them the bigger importance of being a son, student and then athlete. We require they maintain a certain GPA every season to be able to train and play,” Evans said. “Using the sport they love to again be a motivator to help teach them the importance of their grades is a great way to make sure these boys prioritize school over soccer – something kids really struggle with.”

The club is run entirely by volunteers – although families are asked to chip in to cover some expenses when the team travels for tournaments.

“We raise funds through individual donations from parents and others, business sponsorships, an occasional grant, employee matches and an annual fundraiser,” Little said. “It’s a continual year-long effort.”

An effort that’s paid off.  The U16 boys’ team coached by Evans was invited to play in the Disney Soccer Showcase in Orlando Dec. 27-31. They’re the only team in their age group representing Indiana in the competition with clubs from around the world.

“We’re excited to expose our philosophy to more clubs across the world that you don’t need to charge thousands of dollars or care only about the game of soccer to compete at the highest level,” Evans said. “We’re proving to others in Indiana and abroad you can completely change the model of club soccer today and still compete at a very high level.”