You are at:Home»Current in Carmel»Carmel Community»Carmel resident named American Staffing Association Volunteer of the Year 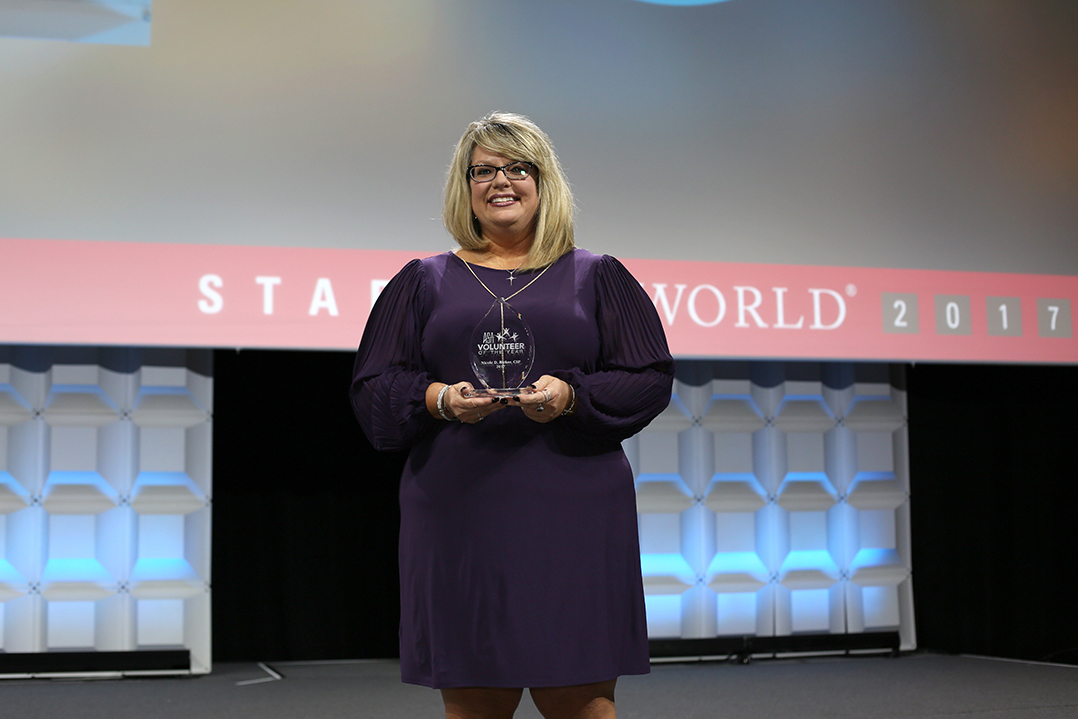 The American Staffing Association recently named Carmel resident Nicole Bieker as Volunteer of the Year. ASA is the trade association representing the U.S. staffing industry. Bieker is vice president of Operations at Milliner and Associates at 96th Street and Gray Road and manages to find time to volunteer for ASA.

“I’ve been in the staffing industry for over 12 years now,” Bieker said. “In 2014, I attended my first staffing world conference, ASA’s national conference. As president of the state organization at the time, I was chosen to go represent the state in Washington, D.C. That’s really where everything began.”

Bieker is chairman of the ASA Indiana regional council and of the ASA corporate social responsibility committee. She also is a member of the ASA staffing as a career committee. She works closely with Jobs for America’s Graduates, which provides underserved students with career coaching, job readiness and internships to prepare them for the future. Milliner & Associates works with JAG Indiana students at Decatur Central High School.

“My volunteering focuses on two main areas, strengthening staffing as a career and working with JAG,” Bieker said. “I have continued to get more and more involved with JAG national. I work with the other committee members and share my story with JAG to try and get them involved in their areas. I’m trying to share with them the importance of how our social responsibility initiative has impacted our company culture and how we’re utilizing it as a recruitment tool.”

Bieker said she is honored to have received the award and wants to inspire others to volunteer.

“We can no longer do what our business does. We have to extend beyond that and give back to the community in which we serve,” Bieker said. “My hope would be there would be other people out there like myself that would be impacted by the award and realize they can do the same thing. That’s the impact I want this to have.”