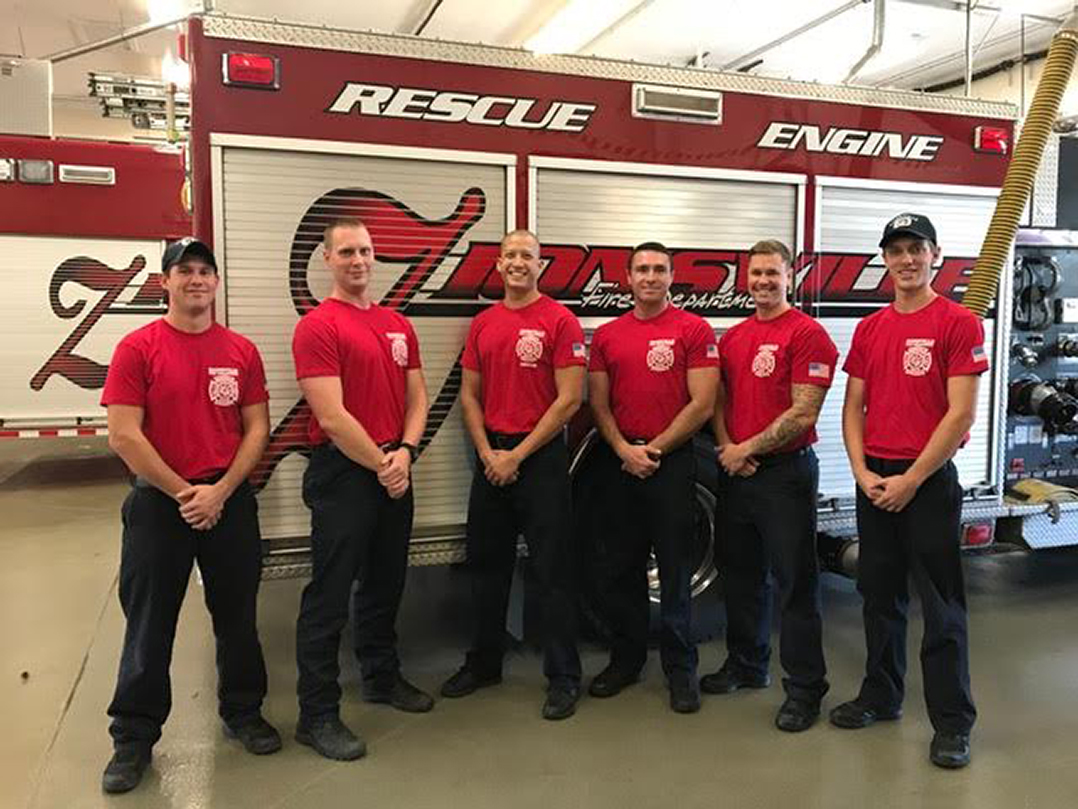 The Zionsville Fire Dept. is going red on Fridays to honor active military members and veterans. The nationwide initiative, R.E.D Friday, stands for “Remember Everyone Deployed.”

ZFD Chief James VanGorder said he was approached by Zionsville Professional Firefighters Local 4416 with the details of the initiative, and he thought it was a great way to honor active military and veterans. ZFD got the idea from neighboring Pike Fire Dept.

“I think it’s important for those serving to know that there are many people thinking of them while they are gone from their families,” VanGorder said. “I hope that when they do get to come home, they see a sea of red on Fridays.”

There are 12 veterans and active military members employed by ZFD.

VanGorder said the program will go on indefinitely with the exception of a hiatus in October, when firefighters wear pink for Breast Cancer Awareness. ZFD has implemented R.E.D. Friday as part of its uniform policy.

“It has had an overwhelming positive response, and all members are proudly wearing their red,” VanGorder said.

ZFD employees have the option to donate $2 to the initiative on Fridays. VanGorder said $350 has been raised in the first few weeks and the fire dept. has sent out the first of many care packages to military personnel.

Community members are encouraged to join ZFD by wearing red on Fridays. Donations can be dropped off in the red collection boxes at the Zionsville fire stations or ZFD headquarters at Town Hall.