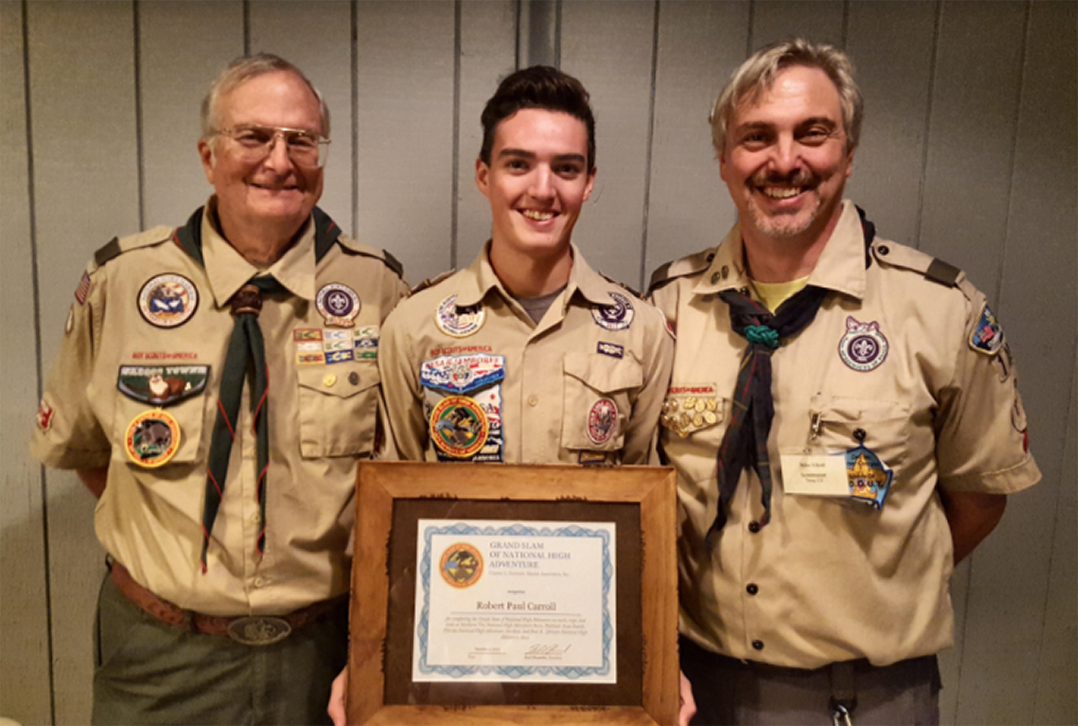 Robert Carroll displays a certificate of completion of the Boy Scouts of America’s Grand Slam of High Adventure. (Submitted photo)

Boy Scouts of America has four high adventure bases scattered throughout the nation, and a Carmel teen recently joined an elite few who have conquered them all.

Robert Carroll, 17, recently received the Grand Slam of High Adventure award for completing a trek at each of the bases. He is one of two Carmel area Scouts to receive the honor.

It took Carroll three summers to complete the task. He visited Philmont Scout Ranch in Cimarron, N.M., in 2015. In the summer of 2016 he completed treks at Florida Sea Base in the Florida Keys and Summit Bechtel Reserve in Glen Jean, W.V. He completed the tour by traveling to Northern Tier in Ely, Minn., in August.

Scouts can be invited to travel with a troop, opt to go with their family or participate as a lone wolf. Each location offers a variety of outdoor activities from which each Scout can choose his own adventure. Scouts typically stay for one to two weeks at each adventure.

He spent time fishing and snorkeling in the Florida Keys. At Northern Tier he canoed more than 50 miles in a week, sometimes carrying an 80-pound canoe on his shoulders for a mile at a time.

Carroll is proud of his accomplishment.

“I just recently became a member of Order of the Arrow (Scouting’s National Honor Society), and I feel I have hit all the achievements possible in scouting,” he said. “I feel accomplished.”