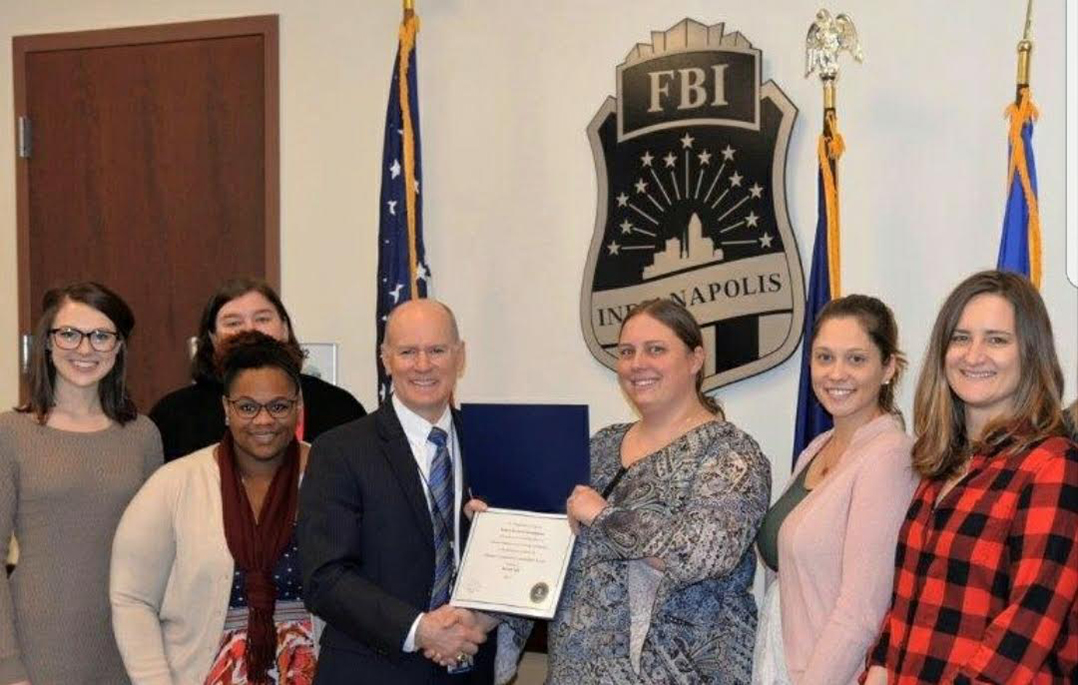 Ascent 121, an organization that provides clinical recovery services for central Indiana teens, has gained national recognition for its contributions to the advancement of justice.

The FBI presented Ascent 121 with the 2017 Director’s Community Leadership Award Jan. 22 at the FBI office in Indianapolis. A formal award ceremony will take place at FBI headquarters in Washington, D.C. on April 20.

Sarah Abdullah, FBI victim specialist for the Indianapolis Division, said Ascent 121 has been invaluable to the success of the agency’s cases and is one of several organizations battling the problem of human trafficking.

“Victims of human trafficking often have a palpable distrust of law enforcement.  We are fortunate that Ascent 121 works to calm fears and create opportunities where their clients can see that we actually do care about what victims have experienced and we have the ability and desire to try to hold perpetrators accountable,” Abdullah said. “While maintaining their therapeutic relationship with the victim, Ascent 121 is still able to work toward facilitating investigations.  There is a sense of mutual respect and understanding of separate roles and abilities. We truly value the incredibly difficult work that they, and others, do on behalf of victims of human trafficking.”

“Five years ago, Ascent 121 was an idea, a dream. Today, we have the honor and privilege of working with over 100 kids each year,” Jessup said. “We have a staff of 18 and are being nationally recognized. We only are what the Lord has allowed and equipped us to become.”

Jessup said the response to human trafficking and commercial exploitation of children is multi-faceted and requires a joint effort. Ascent 121 hosts monthly multidisciplinary team meetings with the Indianapolis Metropolitan Police Dept., the FBI, Dept. of Child Services and the Indiana State Police to discuss investigations and needs of youth in Ascent 121 programs.