You are at:Home»Current in Carmel»Carmel Community»Milsap set for Palladium performance

At 75, Ronnie Milsap has no plans of slowing down.

Milsap will perform in his “A Legend in My Time Tour” at The Palladium, the Center For the Performing Arts in Carmel at 8 p.m. March 2. Milsap will perform all of his fan favorites, including crossover country “Smoky Mountain Rain,” “There’s No Gettin’ Over Me,” “What a Difference You’ve Made in My Life” and “It Was Almost Like a Song.” 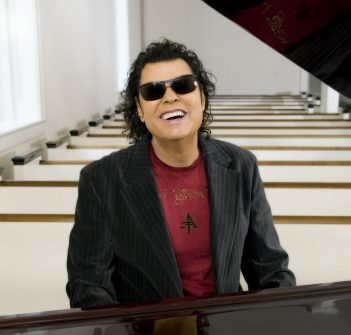 Ronnie Milsap will perform March 2 at The Palladium. (Submitted photo)

“They’re all special for different reasons,” Milsap said of his songs. “They’re like children. They all have their little story to tell, how I found a song, did I work with a songwriter or was it sent to me.”

Milsap is enjoying performing as much as ever.

“I have a wonderful band, a wonderful crew,” he said.  “It’s very exciting times for me. I really love it. The audience plays a big role in that. Their enthusiasm makes me perform better. I love playing these performing arts centers. They seem to be just the right size.”

Milsap, who has been performing for more than 50 years, has sold more than 35 million albums and had 40 No. 1 country hits.

“Probably the one that gets the most response is still ‘Stranger in My House.’ That record was No. 1 in Australia for 13 weeks in a row,” he said. “Biggest international hit that I had.”

The legendary performer is working on a new album and plans to have it out later this year.

“It’s got to be on the radio, tried and tested and a hit, before we play it,’’ he said.