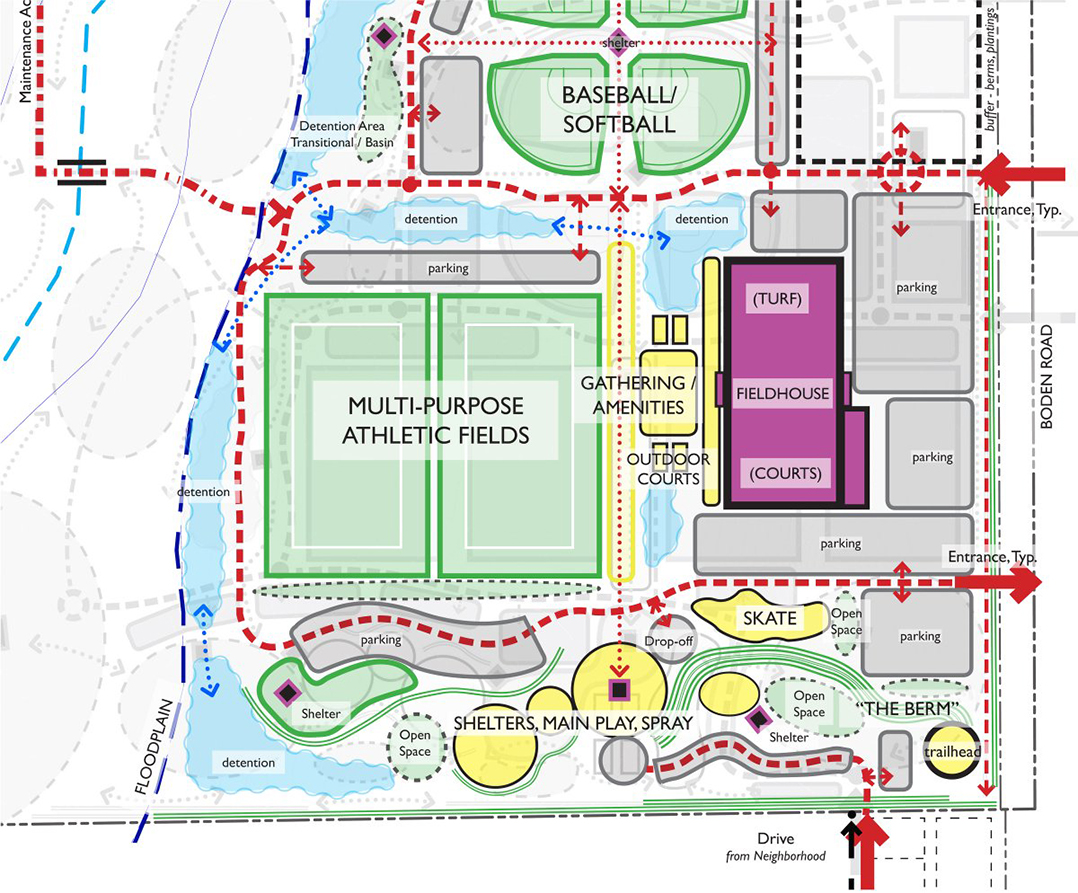 A map of the proposed plans for Finch Creek Park. (File image)

Bennett previously presented the project before council, a park which could cost up to $11.3 million and received direction to make some cuts to the project to reduce its cost. He returned to the finance committee prior to council with a proposed reduction to $10.3 million and asking for $7 million in bonds. The committee requested he add a few plans to the project, such as lighting around the pickleball, basketball and tennis courts and keeping the trailhead restroom. Those suggestions raised the bond request to $7.5 million, with $100,000 of that going toward a different project.

The bond would pay for a portion of Phase 1 of Finch Creek Park, which encompasses 27 acres of land. The entire plan is to include 200 acres in the park. The first phase would include constructing shelters, restrooms, courts, trails and more.

“This will eventually be built out to a 200-acre park that will serve the east side of Noblesville,” Bennett said. “We don’t currently have a park east of (Ind.) 37, and we know our population growth is just exploding out there.”

The entire park will be built out in multiple phases over several years, but Bennett said he expects Phase I to be completed by spring 2019. Park impact fees will fund the remainder of the project; payment in lieu of open space agreements; and reimbursements from the fieldhouse.

The council did not take a vote on the bond but did give the go-ahead to move forward with the project. The request will appear before council again in a few months.