You are at:Home»Current in Carmel»Carmel Community»LittleStar named Provider of the Year by Autism Speaks 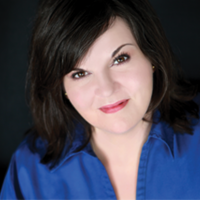 The award is given in appreciation of exceptional advocacy on behalf of individuals with autism.

“We’ve been active with Autism Speaks for several years and worked with their National Law Resource Center closely on several issues. We did some good, meaningful work together,” said Mary Rosswurm, executive director of LittleStar ABA Therapy and mother of an adult with autism. “They recognized our passion and all the work we did for autism advocacy, not just in our state, but across the nation.”

LittleStar ABA Therapy opened in 2002 and is based in Indiana with six applied behavioral analysis (ABA) therapy centers across the state, including one in Carmel. The nonprofit serves children, teens and adults and is the longest-running ABA provider in the state. Its mission is to inspire, serve and guide those touched by autism to achieve a better reality.

“We work on getting more of the behaviors we want, such as using words or sitting in a chair or brushing teeth and/or teaching replacement behaviors for behaviors that we don’t want like yelling, running away or not following directions,” said Rosswurm, a Zionsville resident. “We practice these skills dozens of times each day, and the therapy is one-to-one, so we can make substantial progress quickly.”