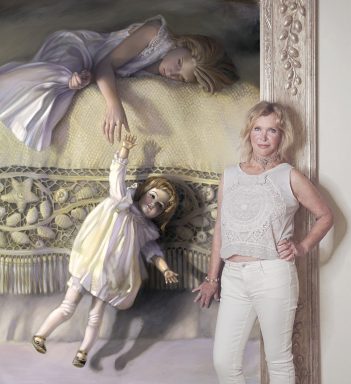 Noel is among 20 women, including former Michelle Obama and U.S. Supreme Court Justice Sonia Sotomayor, being honored by The Canales Project’s ‘“Hear Her Song,’’ recognizing women’s achievements and courageous life choices through songs written about each individual.

The music was first presented March 18 in Washington, D.C. A second performance is scheduled for May 19 in San Jose, Calif.

Although Noel hadn’t heard the song prior to the concert, she was excited at the prospect. In December, she was among three women highlighted in a documentary, “Women Like Us,” which centered on the schools Noel built in Africa. She hopes hearing the song will be similar to her experience seeing the documentary for the first time.

“It was such a good feeling. It was inspirational,” Noel said. “It’s the power of one person just saying, ‘This is what I’m going to do.’ Even though you don’t have an exact direction, you can’t see the future, you just put one foot in front of the other.”

To create the song, The Canales Project organizers asked the women selected to complete a questionnaire about their lives. The first question, “Have you ever felt … alienated from the rest of society,” surprised Noel, who began to consider whether there was commonality between women who want to help others.

“I wondered whether people who have gone out into the world and made a difference in the world or reached out on their own, that they were feeling some sort of pain in their past that brought them to wanting to help other people,” Noel said.

Noel faced “severe dyslexia” as a child and said she was taunted by teachers as her parents were told she would never amount to anything. She said she believes that anyone facing a learning disability should search for their strengths.

“It’s not a disability, there’s a gift there,” she said.

Her parents helped her pursue a love for art and she spent summers at a lake, where she excelled at skiing and sailing, away from academics.

“It really saved my life,” she said.

Noel also dreamed of Africa as a child, even though she’d never been there. When she finally visited for the first time, she said it felt like a home away from home.

Visiting a small town on the shore of Lake Victoria, she saw children impacted by AIDS and knew she needed to help.

“I knew it was the right thing to start helping those kids,” she said.

Noel started by helping establish a preschool in 1999 and eventually a kindergarten. She raised funds to build a brick school and soon will work with Engineers without Borders to supply drinking water to the entire community.

She hopes others will realize it’s never too late to make a difference.

“It just takes one person to do it,” she said. “I don’t have any regrets about the way I’ve lived my life.”