You are at:Home»Current in Fishers»Fishers Community»ABA event set for Hinkle

That led him to meeting Bob Netolicky, who played with the Indiana Pacers when the ABA started in the 1967-68 season. Netolicky, another Noblesville resident who played nine seasons in the ABA, is a supporter of the Dropping Dimes Foundation, which helps ex-ABA players financially. 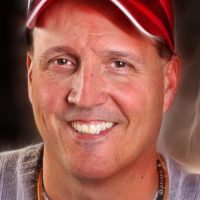 The ABA will celebrate its 50th anniversary April 7 at Bankers Life Fieldhouse. The banquet has limited seating and costs $350 per ticket.

Hunter and Netolicky were asked by the Dropping Dimes Foundation to create something for the public. They decided to do something similar to the 30th ABA anniversary the two helped put together with one-time Pacers co-owner Dick Tinkham in 1997.

Hunter and Netolicky, best known as Neto, have organized an event in Hinkle Fieldhouse’s West Gym from 11 a.m. to 3 p.m. earlier that day. There will be a sports card event held from 9 a.m. to 3 p.m.

“Ironically, the sponsor is one of the owners from the old Spirits of St. Louis franchise of the ABA,” Hunter said. “It’s like a championship ring. We wanted to do something good for the players.”

Hunter said the event will start with a ring ceremony. The presenters include Indianapolis Mayor Joe Hogsett, Sen. Joe Donnelly and Congresswoman Susan W. Brooks. Following will be an autograph session with approximately 100 former ABA players starting at 12:30 p.m.

“We are going for a Guinness Book of World Records of having the most professional athletes signing in one time in one place,” Hunter said.

Among the former players expected to sign are George McGinnis, Dan Issel, George Gervin, Louie Dampier, Rick Barry and Spencer Haywood. Julius Erving is attending the banquet but has not yet committed to the autograph session, Hunter said.

There is a $10 charge for entry. There are two items for purchase to sign, an ABA pennant with the Dropping Dimes logo for $150 and an ABA red, white and blue ball for $230.

“You can get as many of those guys to sign it as you want or will fit on the item,” Hunter said.

Those seeking autographs must buy a pennant or a ball. Additional items to sign are $25 each.