You are at:Home»Current in Zionsville»Zionsville Community»Joseph Maley Foundation celebrates 10 years

In 2008, Zionsville residents Vivian and John Maley created the Joseph Maley Foundation to honor their son who was born with physical and cognitive disabilities and died from leukemia at age 18. The foundation’s programs are now in 30 schools throughout Indiana and have served more than 26,000 children. 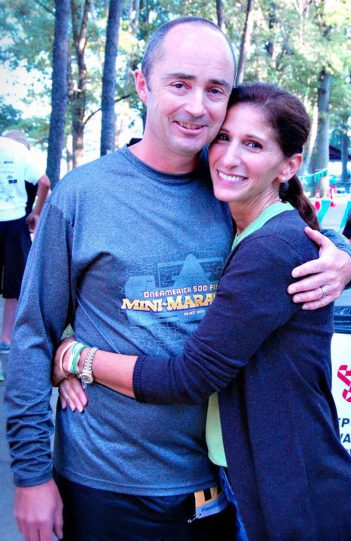 “It’s really been a roller coaster,” Vivian said. “You take what I thought this might be, you have big ideas about what it could be and then you start to see them come to fruition, but in ways that I don’t know that I expected.”

When Joseph was young, Vivian implemented a program at her sons’ schools to provide opportunities for students to learn about disabilities and accept that everyone is different. When Joseph died, Vivian’s four younger boys encouraged her to start a foundation to teach disability awareness on a grander scale, she said.

The Joseph Maley Foundation features programs about acceptance and respect, guidance for families, mental health and sport adaptations. All curricula are written in-house by teachers and counselors on staff and introduced in schools upon request.

“As a family, it’s surreal,” Vivian said. “It’s humbling. It’s beautiful. I get to hear Joseph’s name every single day, and that’s priceless.”

To celebrate the anniversary, the foundation is adding a 10-mile option to its annual 5K Run, Walk, Roll July 14. The foundation also will host its inaugural Butterfly Ball Nov. 3 at Ritz Charles in Carmel. Vivian said it will not be an annual event, but rather a celebratory one.

Within the next 10 years, Vivian said she wants to have enough staff to implement programming in every school that wants it and possibly expand outside of Indiana. She also wants to acquire a space highlighting the foundation that could accommodate school field trips and similar activities.