You are at:Home»Current in Carmel»Carmel Community»Carmel’s Lopez selected as first leader of Governor’s Workforce Cabinet

Carmel’s Danny Lopez will serve as the first chairman of the Governor’s Workforce Cabinet, a new unit created through the state legislature to improve workforce development, administratively and legislatively, throughout the state. 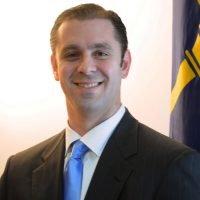 Senate Bill 50 requires the cabinet to create a career navigation program for Indiana, a career coaching program for high schools, conduct a college and career funding review and initiate a study to determine the possibility of developing a career readiness program to transition high school students to the workforce.

“What the governor has done is essentially create a structure that in our estimation is the first time that we’ve got all these players at a state level, from across state agencies, with the authority and weight of the governor’s office to implement change at the agency level and across the workforce system,” Lopez said.

Lopez has worked in state government since 2010. He was the executive director of the state’s Commission on Hispanic/Latino Affairs and the deputy director of the Civil Rights Commission. Previously, he served as state director to then-U.S. Sen. Dan Coats, followed by serving as chief of staff to then-Lt. Gov. Holcomb.

Lopez said he wants the Governor’s Workforce Cabinet to collaborate with schools and universities to help students clarify what they want to do and determine which jobs are accessible locally. However, he said the issue is bigger than simply training programs because it involves solving problems related to housing, child care, transportation and more.

“Bringing this directly under the governor allows us to pull in resources from across the state that typically people don’t think about in the workforce space,” he said.

Lopez said he is excited to lead an action group that can trigger growth in the state. He assumed his role as chairman March 21.