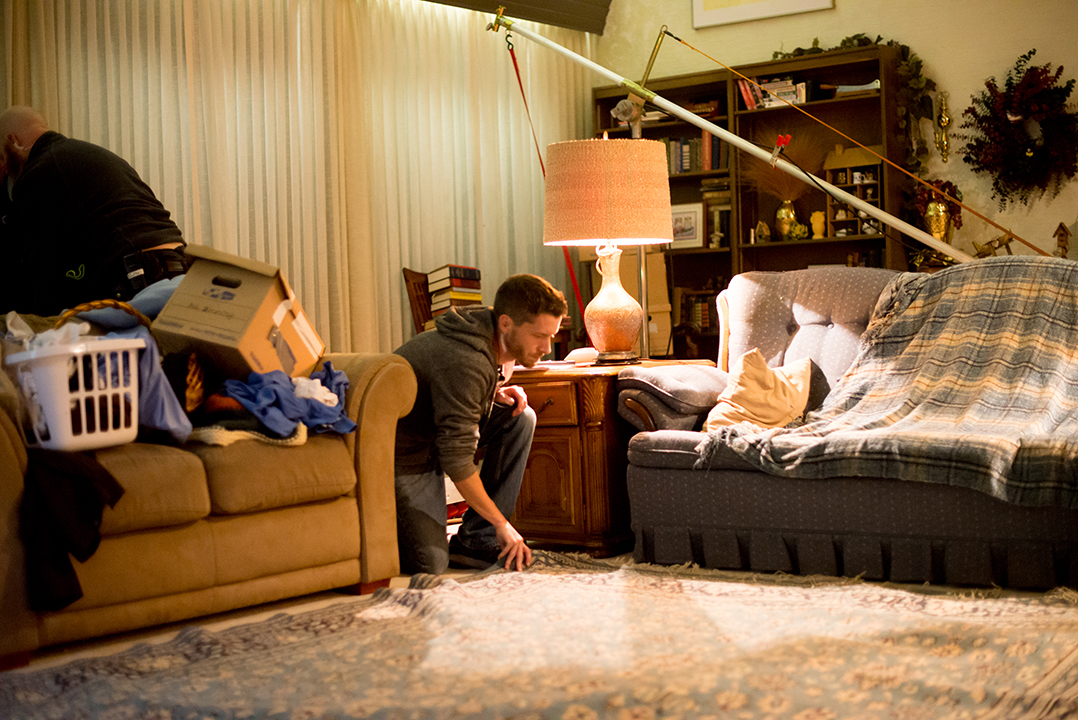 Standing in stark contrast to the high stakes gambits of the major studios are small, independent studios made up of talent whose shared vision is dedicated to quality filmmaking over bombast.

One such talent is art director Eric Gabinet, a 2006 Carmel High School graduate and Fishers resident. Gabinet has worked with Bloomington-based Pigasus Pictures, a studio that is committed to the Indiana community and developing local talent. Pigasus is producing the upcoming “Ms. White Light,” on which Gabinet served as art director.

Gabinet has found a strong collaborative spirit in his experience with Pigasus Pictures.

“These are definitely Midwestern values,” he said. “Everybody’s voice counts, and everyone is treated with respect. There are issues, but everybody lifts each other up, and it’s a group effort. Egos aren’t there, and the artists don’t feel constricted by the need to feel important. When everyone is allowed to voice their opinions and everyone is open to suggestions, it makes the film that much better. We all wanted to make the best film possible.”

For Gabinet, the hallmark of good storytelling is the clarity of the director’s vision.

“The big thing about independent filmmaking is that the director has much more control with his own style. My favorite director is Guy Ritchie because his art form is unique unto itself. I put him ahead of Martin Scorsese. Almost,” he said with a laugh.

Gabinet cites the rise of streaming services as a positive development for independent filmmakers.

“There was a time when you really had to claw your way into getting a movie onto a network like TNT or USA,” Gabinet said. “But now, it has become easier for artists to get their work onscreen. Netflix and Hulu have given filmmakers more avenues to profit from their passion and projects.”

Still, Gabinet acknowledged he does dream of working for a major studio.

“I would like to work for a studio like Universal, just to walk onto that soundstage or walk between those buildings where they shoot ‘The Tonight Show with Jimmy Fallon’ or the ‘Pirates of the Caribbean’ films would be really exciting,” Gabinet said. “I would love to be a part of that hustle and bustle. I’ve never wanted to work in a cubicle. I’ve always done something new and never done the same thing twice.”