You are at:Home»Current in Zionsville»Zionsville Community»Zionsville teen honored for dedication, service at Boys & Girls Club 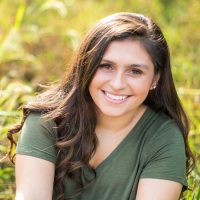 “Her dedication to helping others stands out the most. The kids at the Boys & Girls Club love her, and she does an outstanding job including everyone and making them feel special,” said Glenn Sanford, unit director of the Boys & Girls Club of Zionsville-East. “Playing a role in her growth over the past decade and seeing how much the club has influenced her in a positive way is very fulfilling from a professional standpoint.  She takes the lessons she’s learned here and applies them to her everyday life and wants to do the same for others.  She is an inspiration.”

Youth of the Year candidates are selected from Youth of the Month winners. Applicants then write three essays, provide three letters of recommendation, a school transcript and a section detailing their qualifications. An interview with a panel of judges from the club’s board of directors and a 3-minute speech round out the selection process.

Ramirez has attended the Boys & Girls Club of Zionsville for the past nine years, first as a youth member and now as a staff member. Her parents work full-time and needed a place for Ramirez and her sister after school and in the summer.

“Going to the Boys & Girls Club were the best years of my life. I met my best friends there and made the best memories. Not only did I have a great time at the Boys & Girls Club, but I also learned some very important things in my life,” Ramirez said. “I learned to open myself to others as I was a very shy child. I also learned to accept others no matter where they came from in their life, what they look like, their gender or even race.”

Ramirez runs the Play 360 and Smart Moves Programs and Minute to Win It, an activity that involves challenges for kids to complete in a minute. On Fridays, she has a cooking club.

It means a lot to Ramirez to be chosen Youth of the Year for Zionsville.

“I have lived in Zionsville since I was 8. Zionsville has done so much for both my family and me by living here,” she said. “I’m so glad I’m able to represent this town for Youth of the Year.”

Ramirez plans to attend Purdue University in the fall and study elementary education and special education.