You are at:Home»Current in Carmel»Carmel Community»Airplane pull in memory of Carmel boy to benefit Indiana Children’s Wish Fund 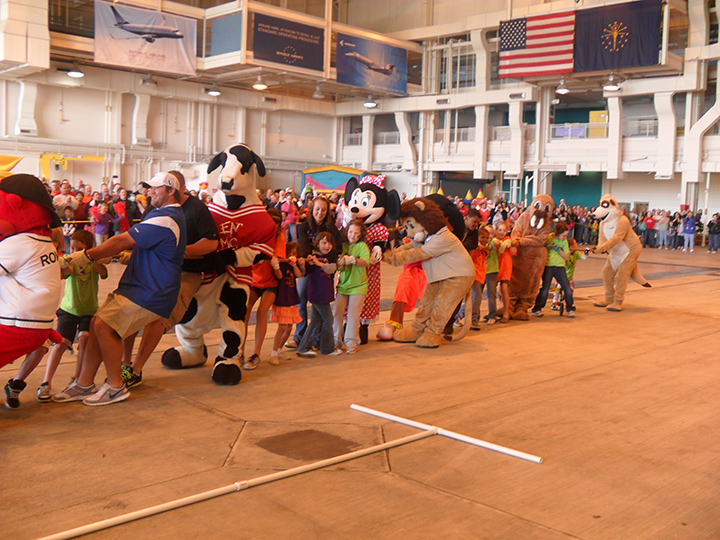 Teams will attempt to pull a 24-ton aircraft 15 feet during the Pulling for Wishes Plane Pull. (Submitted photo)

Many charity events involve a 5K run or a golf outing, but the Pulling for Wishes Airplane Pull hosted by Republic Airways is a completely different kind of fundraiser.

Teams of 10 attempt to pull a 24-ton jet at least 15 feet the fastest. The April 21 event also includes activities for kids and families.

“Kroger has a big kids zone that they sponsor with their vendors,” said Amy Chiappe, director of corporate and community responsibility for Republic Airways. “We have bouncy houses for the kids. We have a stilt walker, a juggler, face painting, balloon making. We have a tiny home on display.”

“Anybody that has been or is one of those kids comes out, and they pull with any of the celebrities we have,” Chiappe said. “It’s really neat to see. Those kids get so excited.”

The event is in honor of Tyler Frenzel, an ICWF recipient and Carmel resident who died at age 9 in 2004.

“Tyler was diagnosed in 2002 with leukemia,” said Tyler’s mother, Pam Frenzel. “He chose a family trip to Disney World (for his wish). Then he had to go through a bone marrow transplant and relapsing.”

Tyler’s family was approached by Republic Airways to name the event in his honor shortly after they stopped an annual fundraiser they were doing.

“When Tyler was sick, his school would sell cards the kids created, and all the proceeds would go to an organization,” Frenzel said. “One year it went to the ICWF when he was alive. He had these connections where he was giving back to different organizations when he was sick. They just wanted to honor him and felt he was a special kid.” 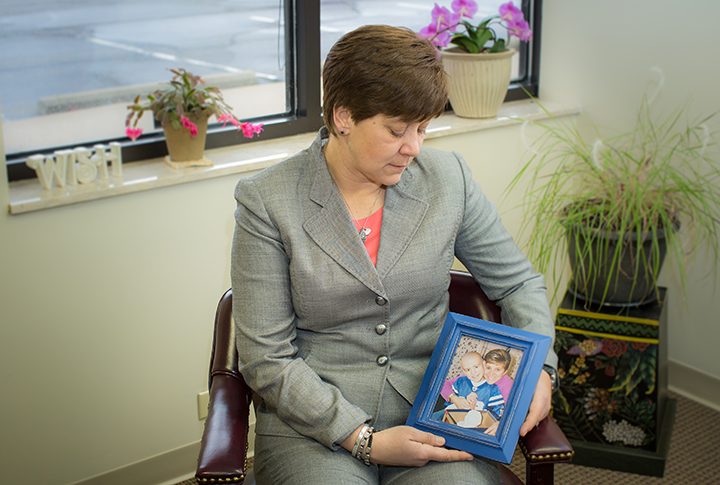 Pam Frenzel holds a photo of herself and her son, Tyler. (File photo)

Cost: $500 per team to participate, free to attend