You are at:Home»Current in Zionsville»Zionsville Community»5 areas proposed to transition from Zionsville’s rural to urban service district 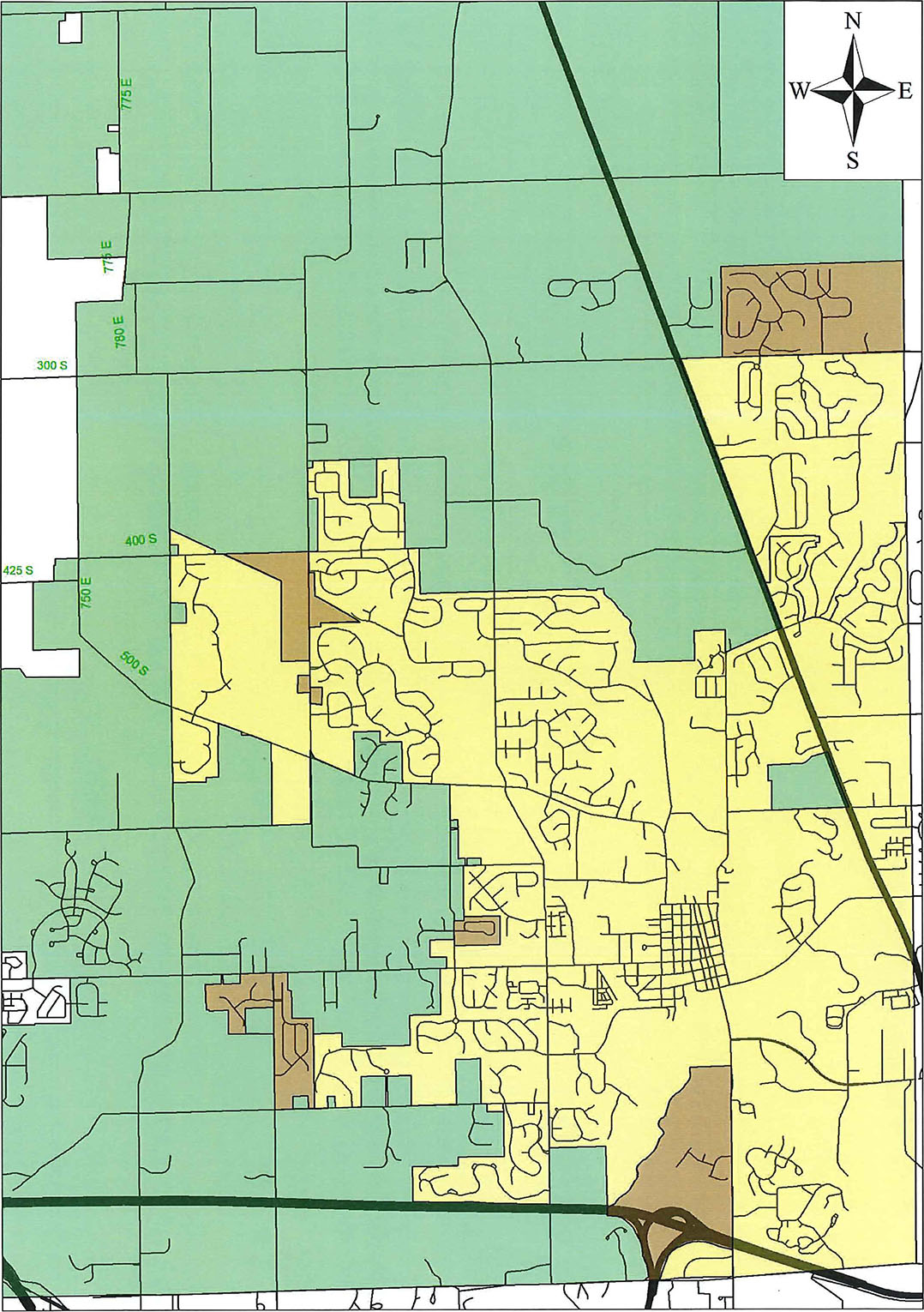 The Town of Zionsville is considering reclassifying five areas, shown in tan, from the rural to urban residential service district. (Submitted photo)

The Town of Zionsville has identified five areas to potentially transition from the rural to urban service district, meaning the town would become responsible for some services currently provided by Boone County, such as police protection and road maintenance.

The five areas total approximately 860 acres and include the Brookhaven, Fieldstone, Courtyards of Zionsville, Shannon Springs, The Enclave and future Vonterra neighborhoods, as well as the Pearson Automotive Tennis Club, former Rail Trail Gardens property and Heritage Trail Park. The town estimates it would include 1,985 residents.

Deputy Mayor Ed Mitro told the Zionsville Town Council at the April 9 meeting that a reclassification subcommittee identified the areas based in part on adjacency to the existing urban district and requests from HOAs to be transitioned.

According to town documents, if reclassification is approved the greatest cost to the town would be in the Street and Stormwater Dept., which is expected to need one additional employee and additional supplies to maintain the 10 additional miles of roads. Department Supt. Lance Lantz estimates an annual operating cost increase of $300,682 and a $225,000 one-time capital expenditure to purchase a new pickup/plow truck, salt/plow truck and leaf vacuum.

The only other department expecting to be impacted fiscally is the Finance and Records Office, which anticipates spending an additional $2,145 out of its general fund to pay for mailing trash and recycling bills each month.

Mitro said that the overall fiscal impact on the town will be minimal.

“It’s pretty much a wash as far as cost to us and revenue generated,” he said.

Councilor Tom Schuler said he anticipates some residents might question why the town is adding more streets to maintain when many of them already serviced by the town are in need of upgrades.

“We don’t have enough money to resurface the roads now that have failing grades, and we’re going to add another 12 miles?” he asked. “It’s somewhat concerning.”

The council expects to hold a public hearing on the proposed ordinance to reclassify the five areas to the urban service district in May with a final vote in June. The reclassification would take effect Jan. 1, 2019.