You are at:Home»Current in Carmel»Carmel Community»Carmel mayor: $1B hospital could be a boost to area 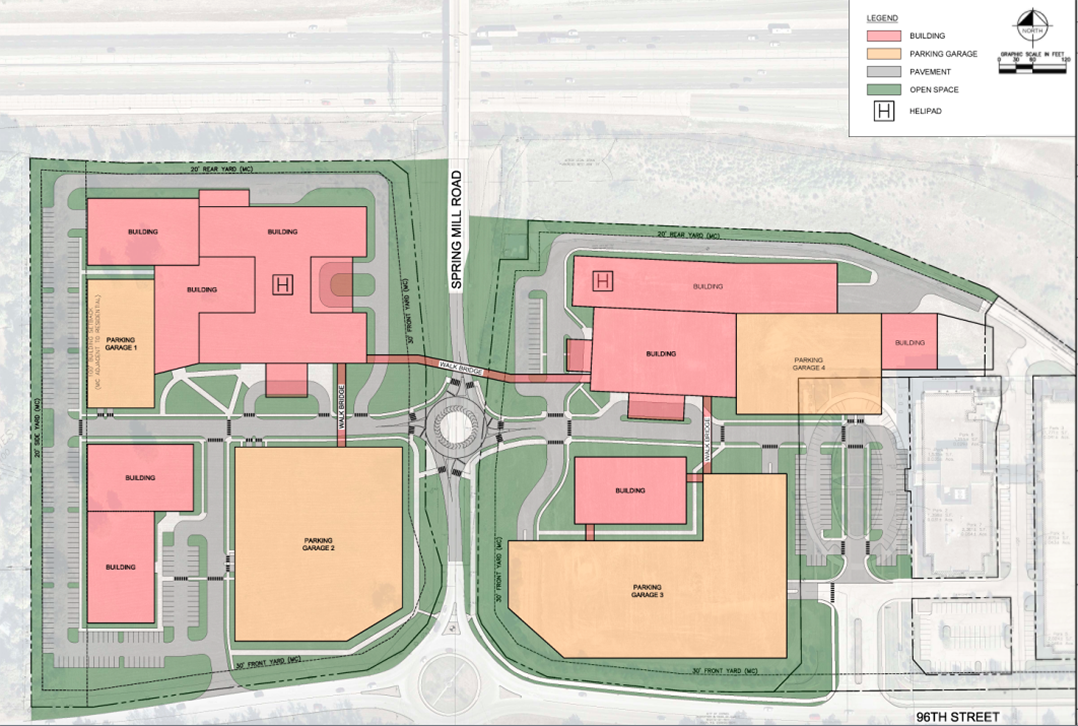 Residents near Spring Mill Road and 96th Street have expressed many concerns about a medical center proposed at the intersection, with some homeowners directly behind the development saying they feel pressured to sell their houses to make way for the project.

The Carmel Plan Commission will meet April 17 to discuss the $1 billion project, one that Carmel Mayor Jim Brainard said could be a huge boost to the area.

“It’s always good when someone wants to invest a billion dollars in your community,” he said. “It has to be done carefully and sensitively and in a way that enhances property values surrounding the area.”

Media reports have stated that St. Vincent holds an option on the land but does not have plans to build there.

Brainard said he doesn’t like to influence decisions of the Carmel Plan Commission, but he said he’ll keep an eye on the project. He confirmed that St. Vincent-Indiana has options to buy the property, which was not included in the planning documents.

The plan commission will consider whether to rezone approximately 30.15 acres to the Meridian Corridor zoning district “with the intent to develop the site into a campus-like setting with multiple buildings and parking garages,” according to the documents. The site is currently zoned for single-family residential. Part of the land is also zoned for the Parkwood West planned unit development. The rezone petition was filed by the law firm of Nelson & Frankenberger on behalf of the owner, Ambrose Parkwood West II, LLC.

“The development plan will be required before any approval is made,” Brainard said. “I haven’t seen it yet either, and there are a lot of questions, but I look at it as an opportunity. The neighbors rightfully have questions that need to be answered, but it’s always an opportunity when an organization wants to invest money in your community. We just have to do it in a way that increases property values.”

Brainard said he is strongly pushing for property tax revenue from the site.

“I had discussions with St. Vincent’s folks that full tax payments must be made or it’s a nonstarter,” he said. “They were open to it, and that might seem harsh but these taxes pay for roads and services that their patients would use. If it’s a not-for-profit and they don’t pay taxes, then the public subsidizes that use.”