You are at:Home»Current in Carmel»Carmel Community»Carmel High School grad in dream job as broadcaster for Indiana Pacers 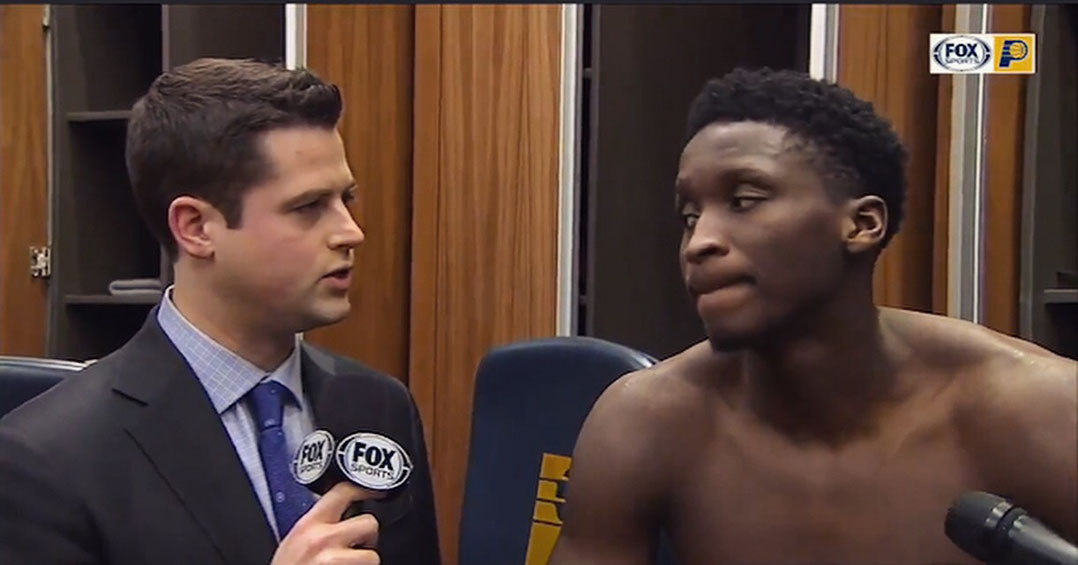 When Pat Boylan was in kindergarten, he made his father, Andy, play a cassette tape of Indiana Pacers radio broadcasters Mark Boyle and Bobby “Slick” Leonard doing highlights of the 1994-95 season.

“Every single day I would make him play it in the car,” Boylan said. “I’m sure it drove him crazy, but I think it fostered a love for it.”

“Being able to work with Mark, who I’ve idolized since I’ve been very young, and working with Chris Denari (on TV), who has been my mentor since I was in middle school, working with those two and for the Pacers, the team I grew up watching and going to games, for this point of my career is definitely a dream job,” Boylan said.

Boylan, who lives in downtown Indianapolis, said he ultimately wants to do play-by-play at a high level.

“The great thing is I get to do (TV) play-by-play with the Fever and get to work with one of the best play-by-play people in the world with Mark Boyle and get to work with Chris Denari in some capacity and my boss Jamie Berns (Pacers Sports and Entertainment vice president of broadcasting), who brought me on,” Boylan said. “So, I get great hands-on experience with the Fever in an area I want to do.”

Boylan filled in for Boyle for the second half of the Pacers’ regular-season finale April 10. He previously did a preseason Pacers game on radio in 2015.  When Denari’s son got married in December 2017, Boylan subbed for him on TV for the Pacers’ game at Chicago.

“That was a dream come true,” said Boylan, who graduated from Ball State in 2013.

“Quinn knows his stuff, so I felt a strong sense of relief going into that game because I knew I always had Quinn next to me,” Boylan said. “I think that helped with confidence. Once we got going, it just felt like another game. Part of that is Quinn’s professionalism, who he is and how he carries himself on the broadcast. That was a bonus for me stepping in to do one game in the middle of the year.”

Boylan said listening to Boyle all season helps as well.

For Pacers home games, Boylan does radio pre-game and sideline reporting and then does postgame TV interviews for Fox Sports Indiana. On road games, Boylan helps with the radio broadcast from inside the Emmis Communications studio in downtown Indianapolis.