You are at:Home»Current in Carmel»Carmel Community»Felon among numerous candidates seeking to replace Brooks

Fifth Congressional District candidate Dion Douglas has firsthand experience with one aspect of government that no one else seeking the seat does: jail time for a felony. 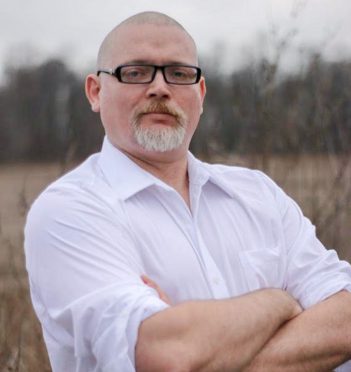 The Madison County resident was incarcerated for 2 1/2 months after pleading guilty to a felony charge of theft in 2009. He said he used a company credit card to make personal purchases, including alcohol, gambling and funeral costs for his baby who died during the eighth month of his wife’s pregnancy.

Douglas said he’s ashamed of his mistakes and fully accepts responsibility for them.

“I hit that bottom and I crawled out of it, and now I’m a better person than ever,” he said.

Douglas is facing four Democrats in the May 8 primary: Sean Dugdale, Eshel Faraggi, Kyle Brenden Moore and Dee Thornton. The winner will run against incumbent Republican Susan Brooks in November. The district includes areas in seven counties. Represented municipalities include Carmel, Zionsville, Fishers, Noblesville, Westfield, north Indianapolis and many others.

Douglas supports Medicare for all, equality, a woman’s right to choose, a higher minimum wage and legalized and regulated medicinal marijuana. But he’s also an advocate for reforming the justice system.

“Our criminal justice system should be based on reformation, not vindictive justice,” Douglas said. “We, as a society, place too much on vindictiveness. We don’t try to reform people.”

Because of his felony conviction, the law forbids Douglas from seeking elected office at the county or state level, but it does not restrict him from seeking a seat in Congress.

The 2018 Candidate Guide for the State of Indiana states that a candidate can be disqualified if the individual was found guilty of a felony. States do not have the authority to add additional qualifications for persons running for congressional office.

There are only three qualifications for a person seeking a seat in the U.S. House of Representatives, per the Constitution. It states candidates must be 25 years old or older, have been a U.S. citizen for the past seven years and must live in the state they represent.

Douglas meets all of those requirements. As a former CFO, software designer, forklift driver, database programmer and medical records keeper, he said he wants to give control of government back to the people.

“I am just an everyday guy trying to make the world better,” Douglas said. “The people’s house should be run by the people.”