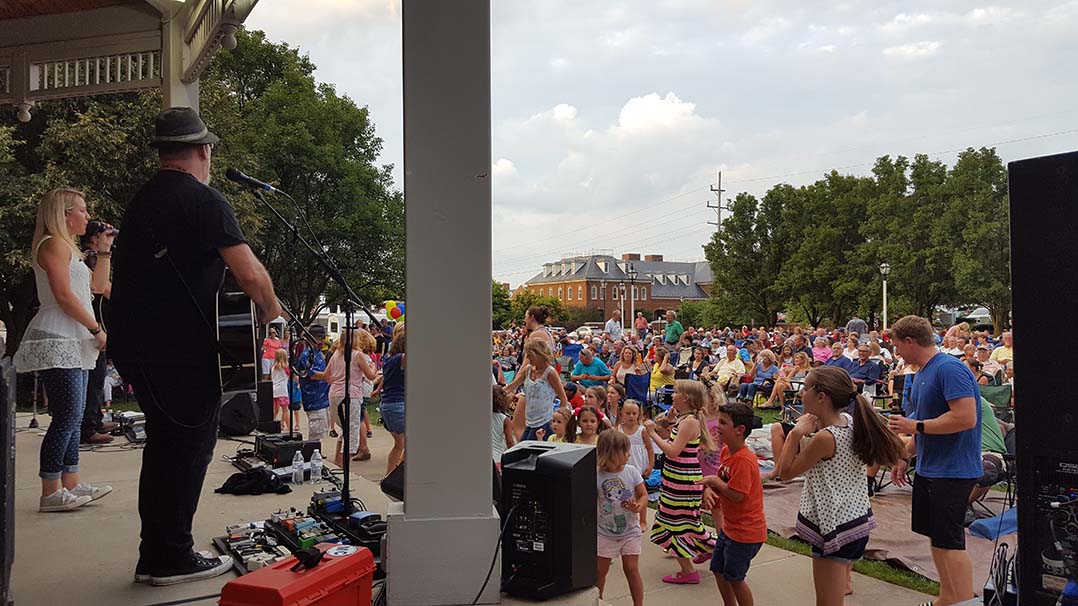 “Last year we added two to our normal schedule,” said Melanie Lentz, a member of the Carmel Fountain Square Committee, which presents the series. “Now, we’ve added two more, so overall we’ve added the month of September to our concert series. We used to stop right before school started, but we decided to extend it because our weather turns out really nice throughout September.”

The summer series consists of 16 free concerts, which begin June 6 with a crowd favorite in The Flying Toasters. The series, which is in its 25th season, continues on Wednesday nights through Sept. 26 at the Gazebo at Carmel Civic Square. The lone exception is July 4, when there will be entertainment during CarmelFest.

The 25th anniversary will be celebrated Aug. 1 with The Bishops, a party band led by Carmel resident Bryan Bishop.

“We have some surprises up our sleeves,” said Lentz, who works for the City of Carmel as project manager for community relations and economy development. “There will be a movie night right after the concert.”

Lentz said Soul Street, Mix Tape and Mike & Joe are bands that are new to the concert series.

“They have more of a brass soul with danceable R&B and soul favorites,” Lentz said. “Mix Tape is a ’90s band, which is kind of my age group for mid- to late 30s. Mike & Joe is a good modern rock cover band based out of Chicago.”

Guests are encouraged to bring lawn chairs, blankets and a picnic. There are no concessions. In case of rain, concerts will be held in the Fire Station No. 41 bay area of the Steven A. Couts Fire Headquarters at Two Civic Square, north of the fountain.

All shows begin at 7 p.m. through the entire season. Last year, the first half of the season the concerts started at 7:30 p.m. In addition, at 6 p.m. June 20 and Aug 29, children’s favorite Ruditoonz will perform.