You are at:Home»Current in Zionsville»Zionsville Community»Noel painting stolen from Zionsville home 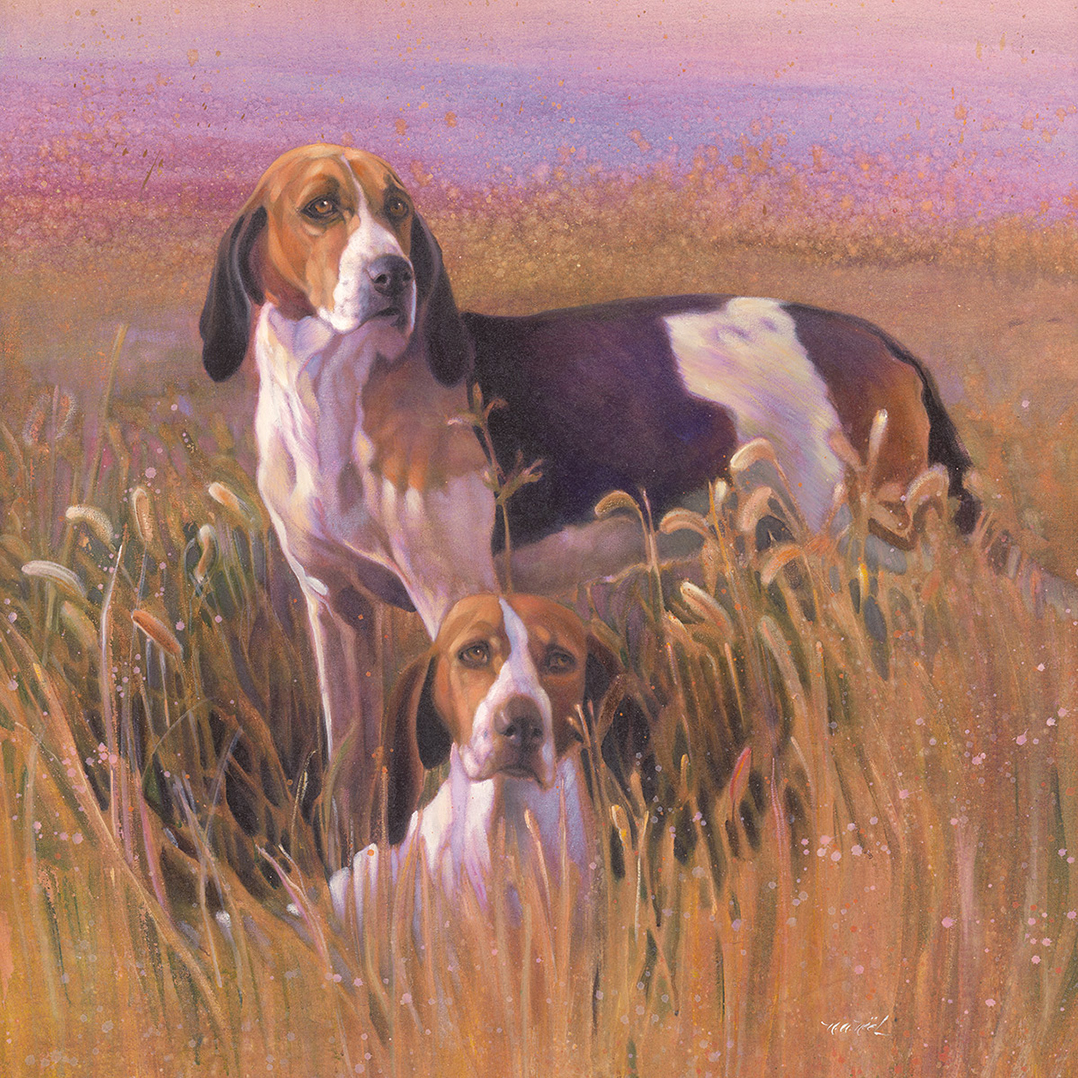 The Nancy Noel painting “Two Hounds in a Field” was stolen from a Zionsville home. (Submitted photo)

A Nancy Noel painting owned by a Zionsville resident has been stolen, according to the Boone County Sheriff’s Office.

The painting, “Two Hounds in a Field,” was reported missing from the Hunt Club and Traders Point area March 25 by the owner, who is offering a $1,500 reward for information.

“Obviously, it’s a rare picture,” said BCSO Det. Jason Reynolds, adding that details about the theft have been posted to the BCSO social media page.

“If someone was to see it, I think they’d remember it,” Reynolds said.

Noel, a Zionsville resident, said the painting is part of a series of paintings created after she rode with a hunt and became fascinated by hounds and their bloodlines. All other paintings from the series have been sold or are part of Noel’s private collection.

“The thief either has really good taste or is familiar with what my things are worth,” said Noel said, who estimates the value between $35,000 and $45,000 based upon sales of current items.

Nothing else in the home was missing, according to Reynolds, and there are no suspects.

The framed painting is reported to be 58-inches by 48-inches and was not insured.