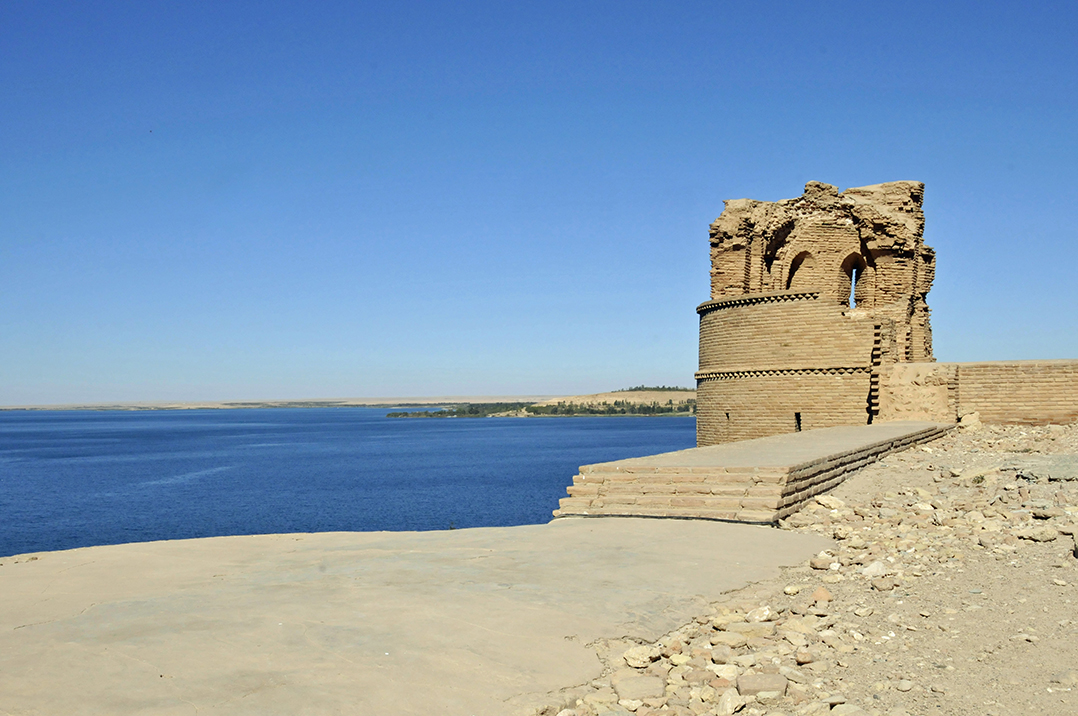 A Bastion of Jaabar Castle near Raqqa, Syria (Photo by Don Knebel)

A castle in northern Syria has a rare distinction – it figured in battles both during the Crusades and in the recent Syrian civil war.

The Jaabar Castle, known in Arabic as Qal’at Ja’bar, is atop a hill about 25 miles west of Raqqa. Since the seventh century, the hilltop has been fortified to guard a crossing point on the Euphrates River that connected Raqqa with the west. The first castle on the site was built by local Bedouins in the early 11th century and came under the control of the Ugaylids, a Muslim dynasty, in 1086. Members of the First Crusade, who captured Jerusalem from the Muslims in 1099, gained control of the castle in 1102. The site was recaptured by Muslim forces in 1147. Nur al-Din Zangi, who succeeded in uniting Muslim forces against the Crusaders, rebuilt the castle beginning in 1168 to help hold the surrounding territory against future Crusades. The restored castle included an oblong stone wall 1,210 feet by 560 feet, protected by 35 bastions and a dry moat. Many of the structures of Jaabar Castle, including a circular minaret, were constructed from mud bricks. Although the castle was extensively damaged by Mongol raids, the minaret has remained intact.

Beginning in 1968, Russia built the Tabqa Dam across the Euphrates River just east of Jaabar Castle. As a result, the hilltop on which the castle rests is now an island in Lake Assad, reachable by causeway. In 2014, the so-called Islamic State gained control of Jaabar Castle, using it as a training facility and making threats against the Tabqa Dam. In January 2017, Syrian forces recaptured Jaabar Castle. In May 2017, forces supported by the United States recaptured the Tabqa Dam, leading to the liberation of Raqqa, which the Islamic State claimed was its Syrian capital.